Bomb explodes at University of Maiduguri mosque in Borno state. 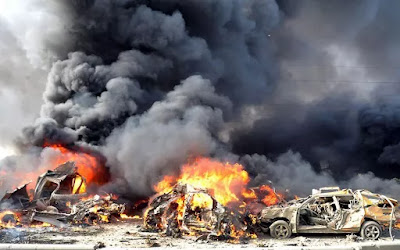 The mosque of the University of Maiduguri, Borno state. morning on Monday, January 16. experience tragic incident as many people are feared dead in Bomb blast.

While the number of those feared dead and those injured has not been confirmed, there is suspicion that this was caused by Boko Haram terrorists.

Among those suspected dead is a professor while 5 other students were killed. About 20 other persons are injured and are being attended to.


Professor Aliyu Mani until his death served as the director of Veterinary Services at the institution.

Some students and members of staff had gone to mosque for early morning prayers when the bomb exploded.

Security operatives have been mobilised to the scene of the explosion .