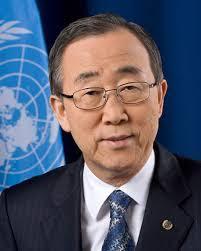 The The United Nations (UN said he must carry out a peaceful and orderly transition process and transfer power to President-elect Adama Barrow by Jan. 19 in accordance with Gambia’s Constitution.

In a Presidential Statement S/PRST/2016/19 after a seven-minute meeting, read by Council President for December, Román Marchesi (Spain), the 15-country-member organ restated its stance on Gambia.

It also recalled the joint communiqué of the ECOWAS Commission, the AU Commission and the UN Office for West Africa and the Sahel on Dec. 10, 2016 regarding the situation in the Islamic Republic of the Gambia.

“The Security Council welcomes and is encouraged by the decisions on the political situation in the Gambia of the 50th Ordinary Session of the ECOWAS Authority held in Abuja on Dec. 17, 2016.’’

The council applauded the decisions of the AU Peace and Security Council, at its 644th meeting held on Dec. 12, 2016, and the AU to recognise Mr Adama Barrow as President-elect of the Gambia.

“The Security Council reiterates its request to outgoing President Jammeh and the relevant Gambian Authorities to fully respect the results of the presidential election of Dec. 1, 2016.

“Jammeh should also respect the will of the Gambian people and to carry out a peaceful and orderly transition process, and to transfer power to President-elect Adama Barrow by Jan. 19, 2017 in accordance with the Gambian Constitution.

“The Security Council further welcomes the decision of ECOWAS Heads of State to attend the Jan. 19, 2017 inauguration of President-elect Barrow in Banjul,” the presidential statement read.

The council reiterated its support to the ECOWAS position on the Gambia and welcomed the appointment of President Muhammadu Buhari to lead further negotiations with both Jammeh and Barrow.

“The Security Council expresses its intention to continue to follow the situation in the Gambia closely.”