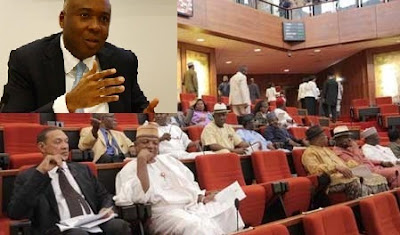 The Nigeria Senate bill seeking to introduce independent candidacy in the country’s electoral process on Wednesday scaled through second reading in the House of Representatives.

The Red chamber expressed concern that the history of political parties in the country had been a chequered one.

The Bill was sponsored by Hon. Edward Pwajok (PDP-Plateau), said that the objective was to open the country’s political space.

According to him, “Political parties had been run in very undemocratic manner leading to frequent amendments of the electoral act and judicial interpretations on vexed issue of substitution of candidates by parties.

Till date, illegal substitutions and imposition of candidates is still the norm among political parties.

Ideally, parties are supposed to be made up of like-minded members, but the reality is that it is usually a marriage of convenience by members for the sole aim of acquiring power and not based on any shared ideology.

Individuals who do not share the same idea with the leaders are usually shut out,’’ Pwajok stated.

“Freedom of choice should be the main ingredient in a democracy. If this alteration is allowed, it may bring some sanity to our political parties, which are currently y bedeviled with ignorance, impunity and imposition of favoured candidates against popular will of members,’’ he said.

Pwajok added that the bill will significantly reduce the number of political parties contesting elections in the country.

“Currently, Nigeria has more than 50 political parties, but there are not more than five parties that have seats in the National Assembly and less than 10 are politically present or viable in the country. Many of them exist to either project the interests of some individuals because the constitution does not allow for independent candidates,’’ he said.