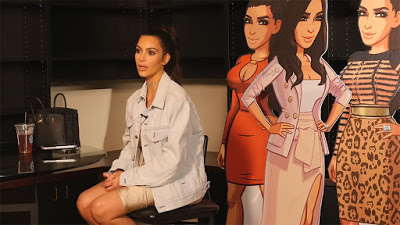 Television Personality Kim Kardashian is back again! The business mogul and mother of 2 has stayed out of the spotlight since she was robbed at gunpoint at a hotel in Paris in October but made a brief return Monday when LOVE magazine released a sexy 2016 holiday calendar video she had filmed months ago.