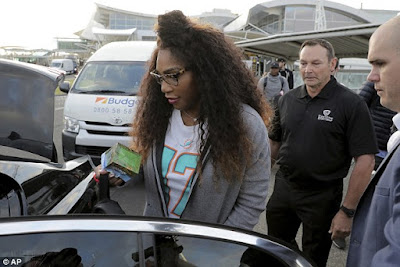 The tennis star Serena Williams revealed on Thursday that her boyfriend of almost two years Ohanian had popped the question after whisking her away on a surprise trip to Rome.

She made the announcement  in New Zealand when she hit the tennis court after announcing that she is engaged to Reddit co-founder Alexis Ohanian in a sweet poem. 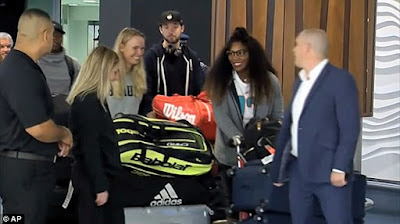 Williams, 35, shared the news on Reddit by posting a poem, writing: ‘At the same table we first met by chance / This time he made it not by chance / But by choice / Down on one knee / He said 4 words / And I said yes.’

Ohanian, 33, later posted Williams’ poem to his Facebook account, writing: ‘She said yes.’
He also commented on her poem on Reddit, writing: ‘And you made me the happiest man on the planet.’
Williams was seen Friday arriving at Auckland Airport followed by the media and then hitting the tennis court for a practice session ahead of the ASB Classic tennis tournament next week. 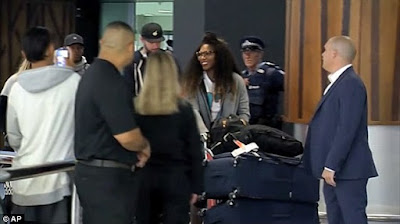 According to stuff.co.nz, she answered only a few questions, very briefly saying that it was her sister Venus who encouraged her to come to New Zealand.
‘It was all Venus, so we should just thank Venus when she arrives,’ Serena said.
She added: ‘She told me it was great and that I should come and I always listen to my big sister.
‘It’s always fun to go places you’ve never been and I’m excited to be here.’
Ahead of her arrival in New Zealand she posted a video to Facebook telling her fans there that she was excited to touchdown in the country. 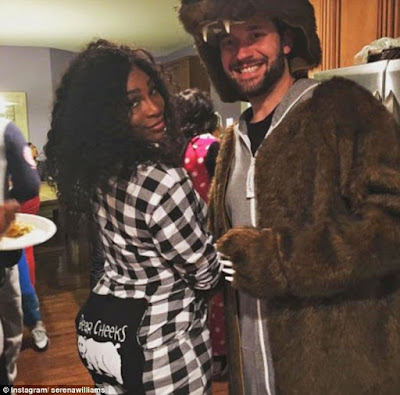