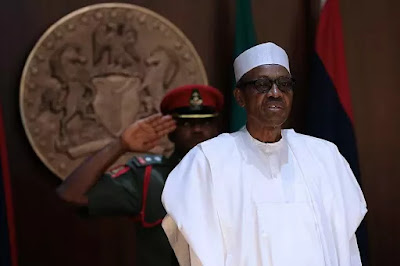 A report by Bloomberg suggests President Muhammadu Buhari has lost the confidence reposed in him by Nigerians before he took over the reins of power in 2015.

Yusuf Rabiu, a volunteer for the president before the elections went door-to-door urging people in Kano to vote for Buhari in last year’s elections. Now he’s regretting his decision.

“We expected him to solve our economic problems. I didn’t know voting for him would mean more hunger, more suffering,” Rabiu, a 36-year-old hat seller in Kano said.

President Buhari is facing a firestorm of criticism even as some of his party members in the All Progressives Congress (APC) have met with their erstwhile opponents about forming a new party to challenge him if he seeks re-election in 2019.

2016 has been a tough year for Nigerians under Buhari. Among other things:

1. The naira hit a record low after the central bank removed its peg in May and currently trades at 316 to the greenback

2. Fuel prices have risen to about 67 percent since he took office

“He made a lot of promises that people bought into, and some of these he has denied or failed to keep.

“The fundamentals were bad when he took over but not as bad as they’re today,” Clement Nwankwo, executive director of the Policy and Legal Advocacy Centre said.

Even Buhari’s wife, Aisha, has lost patience. She told the BBC.in October that she wasn’t sure if she would campaign for his re-election, adding that a small clique of people controlled his government and appointed most of his cabinet.

“They met a bad situation and they made it eminently worse,” Junaid Mohammed, a former lawmaker from Kano said.

“Effectively, he’s only got next year to turn things around before the election cycle starts.

“Next year will be a breaking point for a lot of Nigerians, particularly if we get a spike in gasoline prices and food inflation keeps rising. In that case, I don’t see how they’d be able to keep people off the streets.”