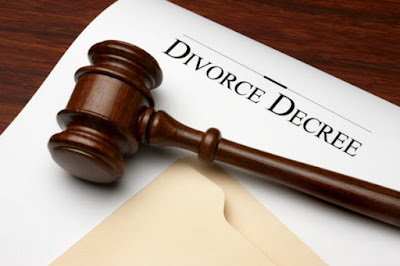 Amudalat  38-year-old woman  approached a Lagos Island Customary Court for dissolution of their 5-year-old marriage, has described her husband as a golddigger.

Amudalat, who owned a boutique but now sells ‘paraga’ (local gin), told the Court that her husband had collected all that she had and wanted to abandon her in the name of recession.

“I now sell ‘Paraga’ in the same shop I used to sell clothes from Turkey and Saudi Arabia.

My husband lied to me that he was a Magistrate, but I got to know that he was a Court Registrar when he brought me to this court for dissolution.

I met Agboola in 2010, he was the Community Development Association Chairman of Magboro Village in Mowe where my late husband and I built our four bedroom flat.

He was chosen as part of a four-man delegate by the village to pay a condolence visit when my husband died.

My late husband, Adulhakeem Aderoju and I met and got married in Saudi Arabia, where I was selling clothes and he was washing cars.

We hustled together to buy landed property here in Nigeria. I later relocated here with our two daughters to establish my boutique business but he was still in Saudi.

He got sick and came back to Nigeria and eventually died on October 4, 2010, that was when my nightmare started.

My mother and brother in-laws sold our two cars, raided the house while I was in the hospital with my husband and took gold jewellery and documents of our property.

I only had the documents of the four bedroom flat that we occupy. I was kidnapped by hired assassins and threatened to release (the house documents) but refused.

I locked the house and started staying with my friend at Igbosere, that was where I saw Agboola again at the Magistrate Court.

He said he heard all that happened to me and that if I moved close to people like him, as a Magistrate he would help me get back all my in-laws had taken from me.

He persuaded me to go back to the house with my kids and said he would use the power of his office to put police men around the premises to guard us.

On several occasions I have visited him at Igbosere Magistrates’ Court, he always come downstairs to see me all suited up, little did I know that he was a fraud,” she said.

Amudalat said that Agboola and her became close and promised to help me with the education of her daughters.

She said she was kidnapped and blindfolded the second time by hired killers who requested for the documents of the house but managed to escape.

“When I got home and told Agboola he said that he cannot risk his life to help me unless I marry him, so I agreed.

My mother was not in support because she said his words were sugar quoted but I begged her to give her blessings.

He later told me he was married and has four children. We got married on May 20, 2011, in Ilorin, my hometown.

Two days after the wedding we came back to Lagos, when we got to Obalende, he packed the car and said he had an unpleasant news for me.

He said he has not been able to secure an apartment for us, that the agent he paid returned the money and I have to squat at his friend’s house.

I started staying at his friend’s house where he comes to see me. I later discovered I was pregnant.

Agboola and I went to the house at Mowe to pack items such as two washing machine, plasma TV, gas cooker and generator.

I never set my eyes on those items again, Agboola took them away.

He later secured a one room apartment for me here in Lagos Island at Oshodi St., and he persuaded me to give my in-laws the key to the house which I refused.

Agboola deserted me and my three children in the badly ventilated room which was also next to the toilet used by everyone in that house.

Out of annoyance I wanted to return to my late husband’s house in Mowe but looked for the key I used to lockup the gate but could not find it.

I called Agboola and he said he had given them to my in-laws, I almost went insane, that was the only property I had out of all my late husband and I worked to build.

When I went to the house I learnt that it had been rented out by my in-laws, all effort to repossess the house proved abortive.

Agboola does not come to see us again or carry out any responsibility on his child, all the promises he made to me were lies and I later discovered I was the third wife.

On the day he promised to send money and I was expecting an alert was the day I was served by the court.

He saw me as a widow and took advantage of that and the fact that I didn’t go to school,” she said.

She prayed the court to help her recover all her items and her late husband’s property taken away, and the one he conspired with her in-laws to take from her.

The husband, a Court registrar at the Isolo Magistrates’ Court, said that he wanted dissolution because of the present economic recession.

Agboola, who did not deny all that his wife had said, said he could no longer cope with the responsibility and that money was the cause of their problems.

He said he and his wife were incompatible and that she sent him a text threatening him. He said that he came for dissolution in order to avoid trouble.

The Court President, Awos Awosola, said that Agboola, who was in the best position to help the widow as an employee of the Lagos State Judiciary took advantage of her.

“You were in best position to help her secure her late husband’s property from her in-laws by telling her how to go about it through the Law but you used her.

You changed her story from grace to grass, a boutique owner turned ‘Paraga’ seller, you took her from a four bedroom apartment to a ‘face me I face you’.

This case will still be referred to a higher Court because it is a case (of) impersonation and fraud.

Now that you have wrecked her, you want to have nothing to do with her and you blame it on recession,” he said.

Awosola urged the two parties to maintain peace and adjourned the case to January 2017, for further hearing.