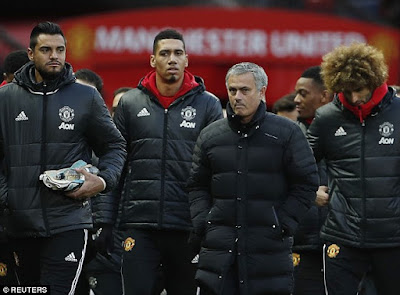 Mourinho suggested the pressure on a United manager dictated that he had to proclaim they could finish top of the league this season.

‘In the Premier League right now there are clubs with five per cent of United’s history and probably in this moment they are better equipped for success,’ he said. ‘If you remember my words from my first press conference, I was not arrogant.

‘I knew I was being risky with my words when I said ‘I want United to be champions now,’ but I felt – and keep feeling – that no matter what the conditions are at United, you have to say that.

Jose Mourinho has rubbished claims he is unhappy in Manchester by insisting ‘it’s bull****’ and has said he would manage in Los Angeles if he wanted to live in a good city.

The 53-year-old, speaking in an interview with fanzine United We Stand, does not envisage living in the Lowry Hotel for the entirety of his new contract – and wants to remain at Old Trafford beyond that.
Mourinho – who has not lost since the beginning of November – also revealed he travels down to London once a week for dinner as he attempts to balance his work with family.

‘I give everything I have. I have nothing more to give in terms of my time, my desire and my ambition.’ 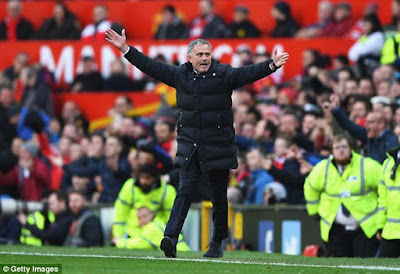 ‘I don’t go to cities to enjoy cities, I go to work,’ said Mourinho. ‘If I wanted to enjoy places I would go to Los Angeles and go to the beach every day. I’m here to arrive at the training ground every day at 8am and leave on a normal day at 6pm.

‘To give people this idea that I’m not happy here but that I was happy in London… it’s bull***t.
‘My family are in London because my daughter is at university. My son plays for Fulham. I cannot demand that they follow me, they have their lives and they’re at that age where they want to fly.
‘One day a week – when I can and at the moment it’s difficult with all the games – I go to London to have dinner with the family.’

Mourinho has also taken a swipe at Manchester United’s direct rivals, claiming history counts for nothing in the Premier League. 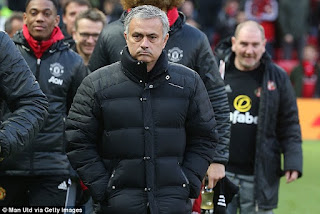