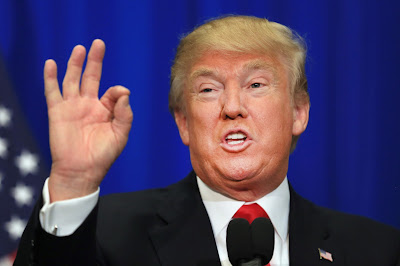 The Movement for the Actualization of Sovereign States of Biafra (MASSOB) has urged the United States President elect Donald Trump to save the people of Biafra, who are at the risk of extermination under the hammer of the Nigerian government.

The group said that, there is an infliction of wicked policies, intimidation and mass killings of Biafra activists by the President Muhammadu Buhari led administration in Nigeria, Vanguard reports.

However, the group appealed to the US President elect to help Biafra gain independence from Nigeria as soon as he is sworn in to office on January 20.

Addressing 30 newly appointed zonal coordinators in Aba, MASSOB Leader for Abia South Zone, Okporie Nkama, urged the Biafra people not to be discouraged by the sufferings which they have been subjected to in Nigeria that actualization of Biafra’s independence is only a matter of time.

The MASSOB LeaderNkama commended the international community and corporate organizations for their firm support for the actualization of Biafra independence.

“It is no mean task. You must rise to the occasion. Remember our non-violence strategy; we will certainly gain independence through non-violence.