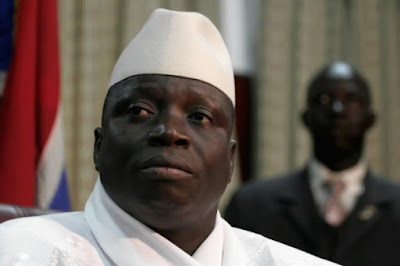 The United Nation Security Council has asked Gambian President Yahya Jammeh to carry out a peaceful and orderly transition of power to the President-elect, Adama Barrow.

In a press Release by the council as issued on Saturday, the 15-member Council “strongly condemned the outgoing Gambian President’s rejection of the official election results proclaimed by the country’s Independent Electoral Commission”.

The Council  also called on the support by the UN Office for West Africa (UNOWAS) and international partners, especially the ECOWAS, to preserve stability in the Gambia and work towards the installation of a democratically elected government in the country.

The Council asked Jammeh “to respect the choice of the sovereign people of Gambia, as he did on December 2, and to transfer, without condition and undue delay, power to the President-elect, Mr. Adama Barrow.”

The UN Security Council  called on Jammeh to respect the ECOWAS protocol on democracy and good governance and the African Charter on Democracy, Elections and Governance, notably the rejection of unconstitutional changes of Government by  recalling on the relevant provisions of Article 23 (4) of the AU Charter on Democracy, Elections and Governance.

The Council members also commended the Gambian people for the peaceful and transparent conduct of elections on Dec. 2, and expressed their commitment to continue to closely follow the evolution of the situation in the country.

Meanwhile, Barrow had also called on Jammeh to accept the outcome of the election, saying that he had no constitutional right to reject the results and appealed to him “to facilitate a smooth transfer of executive power”.

“I urge him to change his current position and accept the verdict of the people in good faith for the sake of the Gambia our homeland,” Barow said