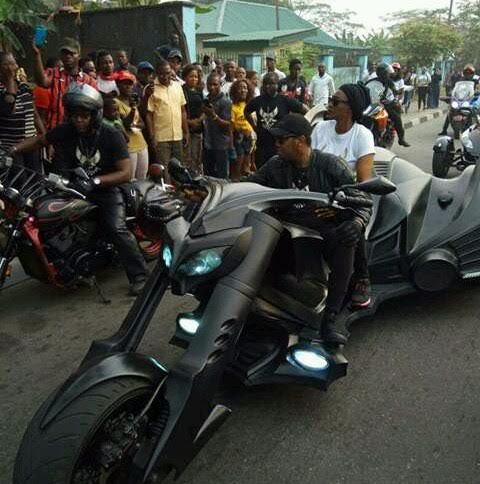 The monster bike is described as a Batcycle Trike while others said it is called ‘Spiderman super bike’ Whichever one it is, the bike awe the crowd, who continuously chanted “Donald Donald” as he drove through the carnival route…more photos after the cut.. 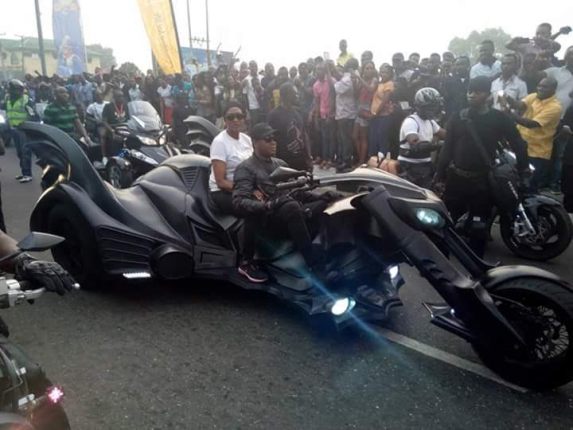 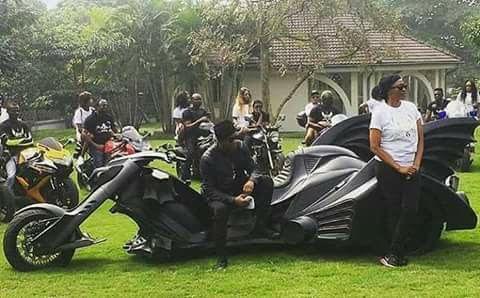 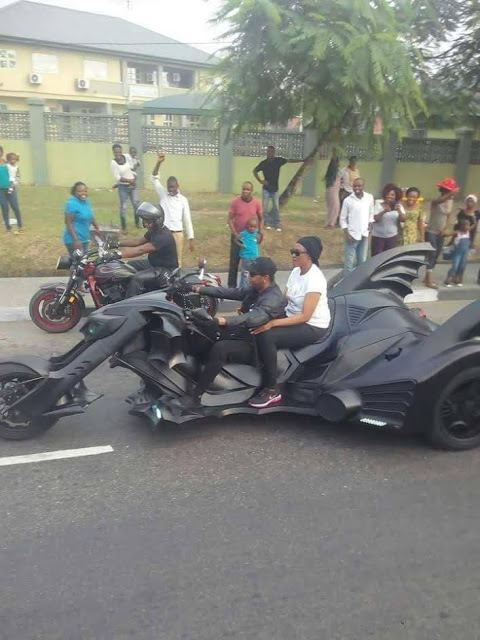 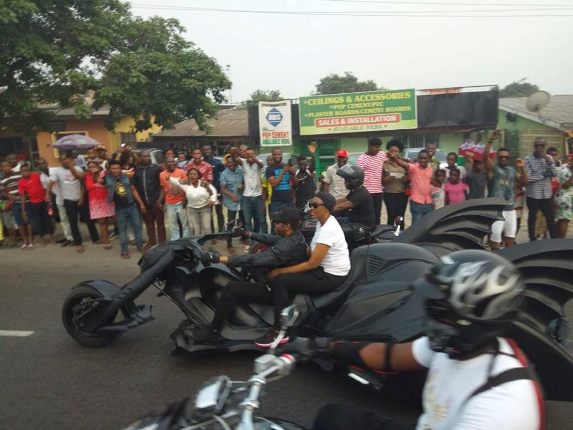 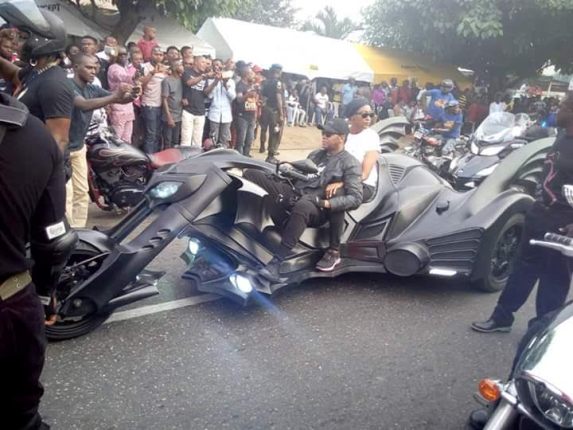 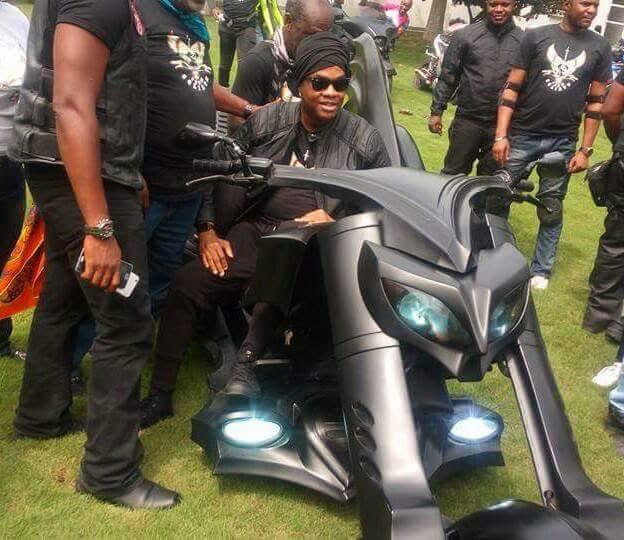 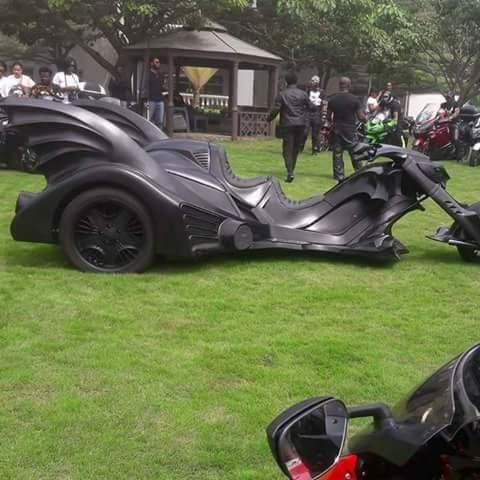