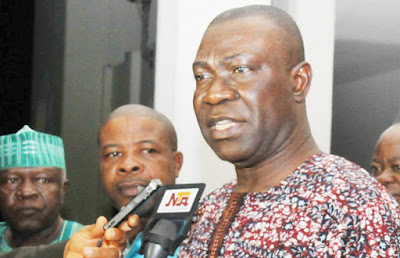 Ike Ekweremadu stated this in his speech at the South-East Economic and Security Summit on Thursday 2016, where he chided the government for not releasing detained leader of the Indigenous People of Biafra, IPOB, Mazi Nnamdi Kanu.

” Tt was not in the interest of the country for the government to show disregard to orders of court.

“We must give everybody his due; if the court says somebody should be released from detention, government should comply with such order.

“This reminds me of the continuous detention of Nnamdi Kanu; whatever is his offence, he is still presumed innocent until found guilty by the court. He must have his day in court and government should obey court order and release him.”

Ekweremadu equally called on the Federal Government to pursue an inclusive government, stressing “issue of inclusivity borders me a lot; it is very important because as I speak today, no Igbo man is at the commanding level of the Security Agencies.

“What this means is that no Igbo man attends the Security Council Meeting; no Igbo man sits where the security of this country is discussed.

“I must say that if any part of the country unjustly treated, we cannot think of peace”, he noted.

The Deputy Senate President equally
called for restructuring of the country and
establishment of state police, stating that “a unified system of economy is not going to work