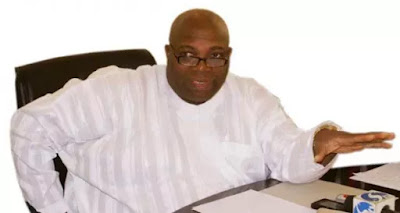 A former aide to ex-president Goodluck Jonathan, Doyin Okupe has dropped some surprising revelations about the 2015 general election even as he advised Nigerians to move on and forget the past.

In a statement released on his official Facebook account on Tuesday, December 20, Okupe hinted that he and his associates in the Peoples Democratic Party (PDP) may have made statements that were untrue during the elections in the bid to get returned to office.

Okupe also wondered why Nigerians are failing to accept the reality that the elections are over and keep being hateful instead of helping Nigeria to move forward.

Many Nigerians amaze me the way they go on and on about issues relating to the campaigns before the last elections.
One Ekewa Olu published a piece I wrote in December 3014 in the heat of the electioneering campaigns, pertaining to which past head of state built our refineries. The relevance of that piece yo the Nigerian situation now is extremely difficult to fathom.
Obviously it was intended for mischief.
Truth is, as was also evident in the last presidential elections in the US, candidates SNF their aides and surrogates say things , either to promote their principals or bring down his opponents.
Once elections are over, they are simply over. The nation comes together and move on.
Not in Nigeria. Many political naiveties, still bury their heads in the heaps of the whole gamut of the campaign trash, with still so much passion and hate.
We have had an election in this country, and as they say all is fair in love and war. The elections have been over for nearly 2years now. People should go back to their jobs or find something else to do till 2019. As for me its over, I am done. Period.
His statement has however enraged some of his Nigerian followers on social media who deemed his submission callous.

Mr, Doyin Okupe permit me to ask you this question without disregard intended. You are actually saying you said many things before election that weren’t true and Nigerians should grow up and move on?
I am only asking because of trust and confidence which are very important to the people who have over the years, felt being lied to.
Okupe replied:

Pls Mr man, politicians are not priests. I Don’t mean politicians lie, but something’s are just said for electioneering purposes. Did trump not say he will jail Hilary if he wins. Is he talking about that now,? That’s politics. Leave politics for politicians and face yr biz
Recall that the contest between Jonathan and President Muhammadu Buhari at the 2015 election was a tough competition that was filled with constant accusations and counter accusations between the then ruling party PDP and the opposition at the time APC.

A leading controversy in the campaigns was the President Muhammadu Buhari certificate saga.