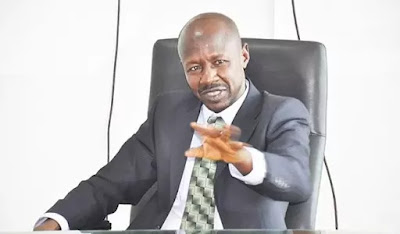 There are special forces plotting to stop the Senate confirmation of Ibrahim Magu as Chairman of the Economic and Financial Crimes Commission (EFCC) by some Seven state governors.

It was also gathered that the governors have also been joined by a few former ministers and ex-governors who are under investigation by the anti-graft commission.

The nation report however said a northern governor has launch a lobby to get Magu confirmed just as some Senators initially opposed to Magu are also said to have now backtracked from the plot and may support Magu’s re-nomination by President Muhammadu Buhari.

“Magu’s travail stemmed from a deep plot within and outside the government. The rejection of his candidature on December 15 without subjecting it to plenary consideration was part of the plot fuelled by some powerful forces.

“At least about seven serving governors and their godfathers were involved in lobbying which led to the rejection of Magu.