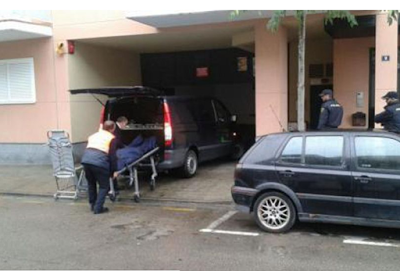 Strange incident happened in Spain where Three Nigerian children aged 5, 10 and 11 were rescued by the police after they went days with barely no food and water lying next to their mother’s corpse in Majorca, Spain.

The children had no idea what was wrong with their mother and stayed with her for days before they finally went to go ask for help in the street telling passersby their mom ‘wouldn’t open her eyes.’

The children were described as barely dressed when they were found. The youngest child aged, 5 fainted as he was being assisted by neighbours who offered them juice and food when they realized they in trouble.

When the police arrived, they found their mother’s corpse inside their home. A post mortem is expected to confirm the cause of her death.

The police took the children to the hospital before they were taken into the local authorities care they couldn’t find their father.