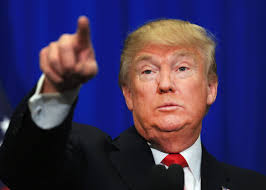 U.S. President-elect Donald Trump, has shared his policy plans for his first 100 days in office.

Among the plans he addressed, Trump promised to “restore our laws and bring back our jobs”. To do so, Trump said he would withdraw from the Trans-Pacific Partnership, cancel restrictions on shale and clean coal and develop a plan to protect American infrastructure.

On Immigration, Trump said he would direct the Department of Labor to “investigate all abuses of visa programs that undercut the American worker”.

On regulation, Trump said that he would implement a new rule requiring the elimination of two regulations for every new one.

“Whether it’s producing steel, building cars or curing disease, I want the next generation of production and innovation to happen right here, on our great homeland: America – creating wealth and jobs for American workers,” Trump said.

He also said he would direct the Department of Defense and the Chairman of the Joint Chiefs of Staff to come up with plans to protect American infrastructure from cyber and other attacks.

“These are just a few of the steps we will take to reform Washington and rebuild our middle class. I will provide more updates in the coming days, as we work together to make America great again for everyone, and I mean everyone,” he said.

Notably missing from his policy points were the building of a wall along the U.S.-Mexico border, placing new restrictions on immigration from some majority Muslim countries, establishing a “deportation force,” and repealing Obamacare – points Trump repeated throughout his campaign.

However, these measures will take more time to accomplish since they require the approval of the U.S. Congress, unlike the ones he listed in the video:

Trump has not had a news conference since his election and has made cabinet picks public through press releases.

“The man works 18 hours a day interviewing people and taking calls from all around the world. He will  have a press conference in due course and he will make his announcements for his cabinet,” Trump campaign manager and senior adviser Kellyanne Conway said.