Floyd Mayweather and Dan Bilzerian make up an estimated $800million (£657m) in net worth and both seem equally intent on spending as much of they can of it on outrageous parties in Las Vegas.

So, naturally, it was only a matter of time before the legendary boxer and the professional poker player joined forces in the entertainment capital of the world.
The pair were in attendance at a Cosmopolitan Hotel pool party on Sunday with Bilzerian launching his latest business venture BlitzFantasy, a daily fantasy sports platform.

‘McGregor is nowhere near Floyd’s speed, so put him in some small gloves and it’s going to be beyond.’ 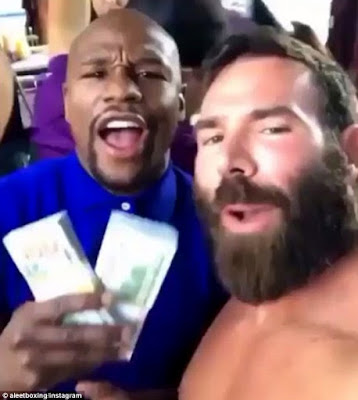 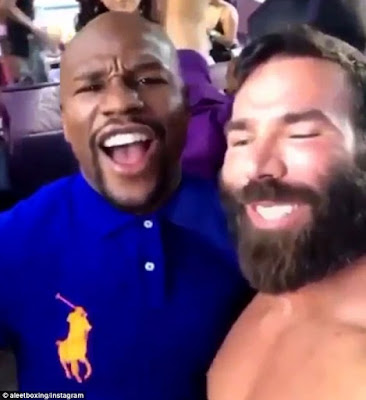 Being able to count ‘Money Man’ Mayweather as one of your friends certainly gave Bilzerian the publicity he wanted but the situation may have been further aided by his decision to fly 50 ladies out to Vegas specifically for the occasion.

Mayweather’s latest public appearance suggests he is enjoying retirement following his decision to end a record-equalling 49-0 professional boxing career in 2015.

The 39-year-old has kept himself busy since his last fight against Andre Berto in September last year by attending events like this one but some corners of the fighting world are itching for him to return to action.
UFC superstar Conor McGregor is one such character with the Irishman recently challenging Mayweather to a fight in either the ring or the octagon.