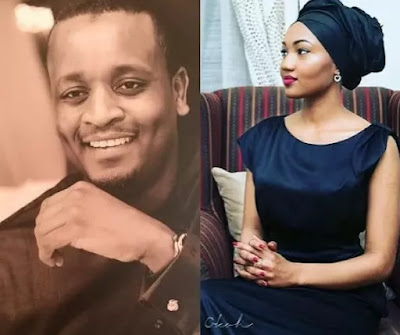 Zahra Buhari is one of the daughters of President Buhari. The young lady is a graduate of micro biology from the University of Surrey in England. Born and buttered with privilege, she is the ambassador for the SCAF, a foundation set on the initiative to arrest and minimize the case of sickle cell around the nation. Not only is Zahra beautiful, she is blessed with brains and as a well brought up Muslim woman, she is an inspiration to many young girls.

As if power were not enough, Zahra is set to be married to billionaire’s son in a low-key wedding in a few days. The wedding which is looking to be the talk of the town is desirous by the president to be a simple, intimate ceremony attended only by close family and friends.

Following his modest and prudent lifestyle, the president who is known for frowning against wasteful lavishness is putting his money where his mouth is and making the special day of his daughter a low-key celebration of love.

Many might think the foundation of the union is built on connection, money and power due to the two powerful families involved but Zahra has shown herself to be a woman who follows her heart. Recently, there were rumours of the Zamfara state governor, Abdulaziz Yari desire to marry the first daughter but that went down the drain as the young lady came out to say she is not marrying the governor even when a lot of money was involved. According to Abuja reporters, she will be joined with her beau Ahmed Indimi, the son of wealthy billionaire, Mohammed Indimi on 2nd day of December, 2016.

Ahmed Indimi is the marketing director of Oriental Energy Resources and is said to be worth a fortune just like his billionaire father. Wedding bells are ringing. We wish the couple a blissful union and a happy marriage.