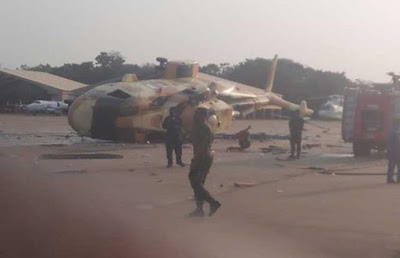 The plane, which is a medium-lift helicopter specially designed for military operations, reportedly crashed due to poor training of crew members who manned its operation, accordint to a report by TheNewGuru.


After the handover, the aircraft was repainted from the initial white and green to camouflage.

A source told the website that damages to the jet were significant but no life was lost to the crash.