President Muhammadu Buhari on Thursday in Abuja swore in Justice Walter Onnoghen as the Acting Chief Justice of Nigeria (CJN).

Buhari, at the swearing in ceremony, charged the judicial arm of government to partner with his administration to advance the nation’s development.

According to him, the judiciary can effectively perform its constitutional responsibility by ensuring the success of the ongoing anti-corruption campaign and efficient management of the economy.

“I congratulate the new acting CJN, who comes at a time that the institution that he is going to head plays the role of one of the constitutional bodies at this trying time. In this room contains the constitutional bodies that are responsible for the bringing Nigeria back into line in terms of security and managing it efficiently, while making sure that the economy is resuscitated and that security of doing business at all stages in the country is free and fair,” he said.

While congratulating the acting CJN,  Buhari urged urging him to play his constitutional role diligently. He also congratulated the outgone CJN and wished well in his retirement.

“I am being honoured today as the President of the Federal Republic of Nigeria to say goodbye to the former Chief Justice and to congratulate him for the time he spent in the highly respected position. I sincerely congratulate the outgoing CJN and wish him the best of luck in his retirement life; and I wish the incoming CJN a successful tour of this vital constitutional body of our country,’’ Buhari said. 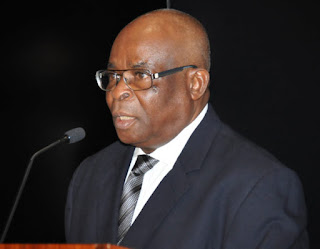 In his remarks, Onnoghen, reassured the president that his tenure would witness the fullest cooperation in the ongoing campaign against corruption and misconduct in the judiciary.

He thanked the president for the confidence reposed in him and expressed optimism to record the desired success. 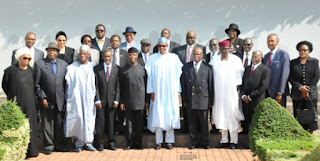 Onnoghen, who hails from Cross River, was born on December 22, 1950, and attended the Presbyterian Primary School, Okurike Town between 1959 and 1966.

He later attended Odorgorno Secondary School, Adabraka, Ghana, between 1967 and 1972, where he earned his  West African School Certificate before proceeding to the University of Ghana, Legon, between 1974 and 1977 for his Bachelor of Law Degree. He graduated with 2nd Class Upper Division and was among the best graduating students.

He attended the Nigerian Law School, Victoria Island, Lagos, between 1977 and 1978 for his B.L Certificate and  completed his compulsory National Youth Service Scheme (NYSC) in July 1979. 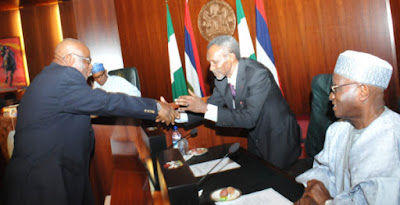 He is a member of the Body of Benchers and Life Bencher; Chairman, Governing Council of the Nigerian Institute of Advanced Legal Studies, and Vice-Chairman, Legal Practitioners’ Privileges Committee, among others.

Onnoghen, who is currently the most senior Justice of the Supreme Court, is married with children.