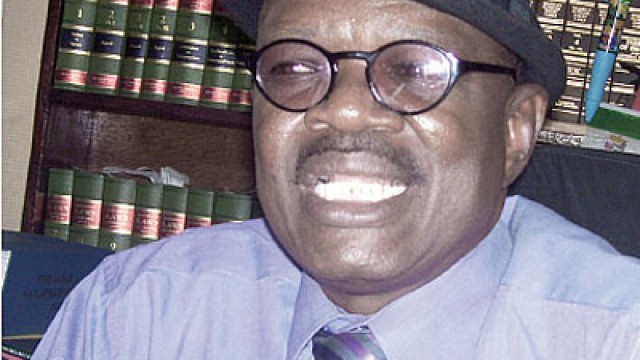 President Muhammadu Buhari has commiserated with the family, friends and professional colleagues of erudite human rights lawyer, Fred Agbaje, who passed on Saturday.

In a condolence message issued in Abuja on Saturday by Mr Femi Adesina, the President’s Special Adviser on Media and Publicity, Buhari said he received the news of the sad development with shock.

President Buhari described the constitutional lawyer as “an ardent advocate against corruption and canvasser for internal democracy in political parties, who also believed strongly in the sanctity of the ballot box”.

He commended the fearlessness of the late lawyer in calling for the cleansing of bad eggs in the judiciary and standing up for his beliefs as he fought for the rights of the less-privileged in the society.
He noted that the country had lost a principled man, and urged Agbaje’s admirers to keep the flag flying.

The President prayed that almighty God would console the Agbaje family and all those who mourned the deceased legal practitioner.

The News Agency of Nigeria (NAN) reports that the late Human Right activist, who had been described as “a highly detribalised Nigerian”, died at a London hospital on Friday.