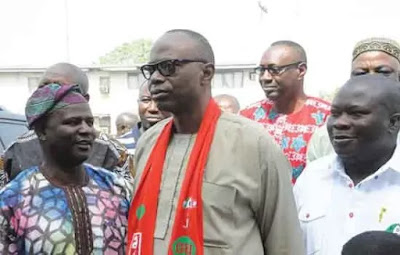 Top candidate in the November 26, Ondo election have moved quickly to finalize plans in a bid to succeed Olusegun Mimiko as the next governor of the state.

According to report on This Day, some of the top candidates in the upcoming election, have intensified horse trading and power-sharing to shore up support for their aspirations, 8 days to the electoral contest.

It was gathered that former Lagos state governor Asiwaju Bola Tinubu, has sealed an alleged power sharing deal with the candidate of the Alliance for Democracy (AD), Chief Olusola Oke, with Governor Rauf Aregbesola allegedly in the know.

This was disclosed by a source who claimed that Oke has agreed to concede the following position should he become the next governor of Ondo state. They are; Secretary to the State Government (SSG), chairmanship of the Ondo State Oil Producing Areas Development Commission (OSOPADEC), Commissioners for Finance, Works, Local Government and Chieftaincy Affairs, Health and headship of the Ondo State Board of Internal Revenue. 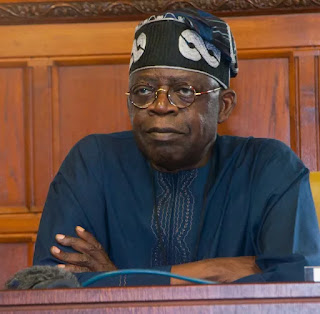 Others include six caretaker committee chairmanship positions, that is, two per senatorial district as well as four special advisers.

The source added: “You know that the circumstances that led us to the AD are peculiar. At first, we wanted Action Alliance but when the national leader suggested that we needed to test the ground with AD in lieu of the zone’s interest ahead of 2019, we had no choice than to accept the AD proposal.

“But what I just told you is not abnormal in politics especially when you view it from the prism of the need to cut down the APC candidate. I can assure you that the arrangement will work perfectly well and we will have no problem about that.”

However, Kolawole Olabisi, the chairman of the media and publicity of Olusola Oke Campaign Organisation, immediately dismissed the arrangement, describing it as “part of the hallucination of the opposition faced with the stark reality of their imminent defeat in the governorship election.

“Asiwaju Tinubu and Aregbesola are not members of the AD, thus, its stands reason on its head that some people could go to town to say that they are the ones sponsoring Oke.

“This fly in the ointment tactics will fail because it is mere political propaganda that will not thrive as the people cannot be fooled by such tales by moonlight stuffs.

“The AD governed this state between 1999 and 2003, and given the unprecedented performance it made during its tenure of office, most of which have sadly been reversed over the years, the party, under Olusola Oke, is set to bring back the good old days of life abundance, of hope for a brighter future for the people of Ondo state and that is why the AD is the party to beat.”

In the same vein, aggrieved incumbent governor of the state, Dr. Olusegun Mimiko, is reported to be holding talks with Chief Rotimi Akeredolu, the candidate of the All Progressives Congress (APC).

Mimiko and his preferred choice, Prof. Eyitayo Jegede (SAN), have been having a running legal battle with businessman Jimoh Ibrahim over the ticket of the PDP. Sources claim that the governor told the PDP supporters not to join the AD if the legal fireworks did not favour Jegede before the November 26 governorship election.

It was gathered that in order to firm up the arrangement, Mimiko held a preliminary meeting with the chairman of the APC Governors’ Forum and Imo state Governor Rochas Okorocha on Tuesday, November 15. The meeting, which had the APC candidate, Chief Rotimi Akeredolu (SAN), in attendance, took place at the Akure Airport.

A source close to the Ondo state governor told This Day that although no firm commitment was reached, Mimiko assured the duo of Okorocha and Akeredolu that if after the court processes Jegede did not fly, he would deploy his forces to back the APC candidate.

The source said: “It is true they met but not as people are speculating that Governor has already committed himself to the Akeredolu project. We are still confident we will win the mandate back. But if at the end of the day because of lack of time it happens that Jegede cannot fly, we have been told what to do.

“The governor and even those of us supporting Jegede believe that it is an insult for Tinubu to come from Lagos and install Iroko’s successor. It is an aberration we will fight, so rather than allow that, Iroko will be the one to swing support for Akeredolu to win because Ondo state belongs to us.”

Meanwhile, the campaign organization of APC candidate Rotimi Akeredolu, have alleged that Governor Olusegun Mimiko is working secretly to ensure a postponement of the Ondo election.

But in a swift response, Ayo Fadaka, the publicity director of the PDP denied the allegation.