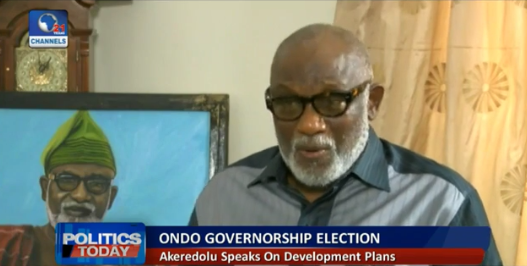 Rotimi Akeredolu,Ondo state governor-elect,has said he will not be probing past governments of the state as he does not believe in such. Akeredolu said this in an interview with Channels TV

“I don’t believe in probes. What I believe in is that I’ve been given a mandate to govern the state and when I come into office, I will face the task. The past is the past and I am one person who believes that government is a continuum” he said