NSCDC moves to enhance peace between farmers/herdsmen in Edo state 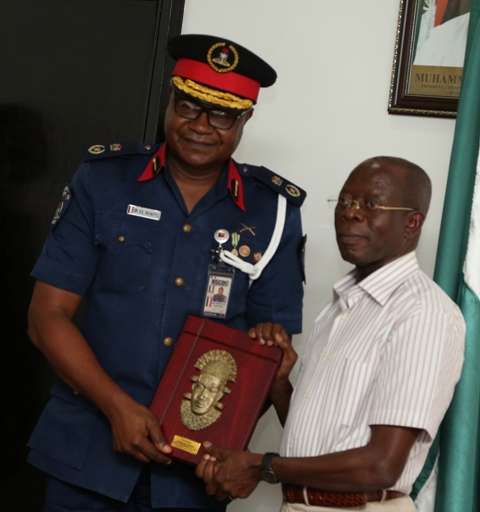 The Nigeria Security and Civil Defense Corps (NSCDC) has commenced sensitisation of Fulani herdsmen and farmers in Edo, as part of proactive measures to prevent conflict.
The News Agency of Nigeria (NAN) reports that the State Commandant of the Corps, Dr Benito Eze, said during the event on Monday that they must adopt dialogue to settle any misunderstanding.

Eze told the herdsmen to report to the appropriate authorities any issue that arose in the course of carrying out their legitimate businesses, rather than resorting to violence.

According to him, the NSCDC has established a special unit to promptly intervene in cases involving farmers and herdsmen.
The commandant expressed happiness that there had been no report of any clash between herdsmen and farmers in the state.

He assured that the corps would also engage farmers, to promote peaceful coexistence in the state.
Eze blamed reports of clashes in some parts of country to communication breakdown, and advised all stakeholders to meet regularly to engender mutual trust and understanding.

“To prevent this, we have established the Agro-Allied uni in the 18 Local Government Areas o the state, just like we have same unit in the state command.
“The reason for this, is to provide a platform for anyone who has any reason to be aggrieved to complain, and this complaint will be attended to with dispatch.


“Like the farmers, the herdsmen are hard working and law abiding citizens, which account for the reason why they spend so much time raising their cattle to maturity.
“We are all one, we have lived together and can still live together.
“Before the discovery of oil, we had always lived together. Our problem is that of communication barriers, and we will smoothen that out,” he stated.

Speaking at the occasion, the Sarkin Fulani, Alhaji Mohammed Susam, commeded the NSCDC for the initiative.


“There is no problem that is insurmountable, only if the people resolve to work things out,” he said.

Similarly, state Chiarman of Miyetti Allah Cattle Breeders Association, Alhaji Sa’adus Abubakar, said they were ready to ensure the sustenance of existing peace with farmers in the state.
Abubakar said the Fulanis would continue to push for peace, progress and development of Edo.

“Both farmers and the herdsmen are one and we need each other for the desired progress and development to be achieved in Edo,” he said.