The soldier, identified as Lieutenant Colonel BU Umar, had about three weeks ago, taken over the 114 battalion which he was leading until he met his end.

The Army has already denied knowledge of the occurrence through its spokesperson Colonel Sani Kukasheka Usman, who said he was unaware of Lt Col Umar’s death. But Nigerians are livid as the demise of the young Colonel is coming only weeks after the exit of Abu Ali, another top army commander who was killed in an ambush by the terrorists.

Lt. Col. B.U. Umar was ambushed and killed while returning to Borno from Adamawa state.

According to Sahara Reporters revealed that Umar was killed after his armoured vehicle hit an IED planted on the road and he and his troops came down to inspect the damage to the automobile.

Insurgents reportedly emerged from hiding and opened fire on Umar and his team, killing the Commanding Officer of the 114 Task Force Battalion of the Nigerian Army.
The incident occurred along Bitta-Pridang Road in Borno state.

President Buhari has been blamed for paying ransom to Boko Haram terrorists to secure the release of Chibok girls. 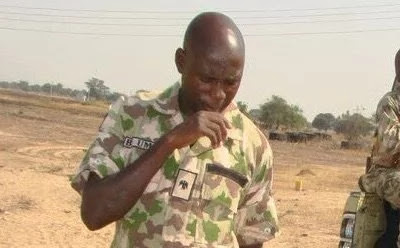 Some Nigerians are of the opinion that the Nigerian army are the ones killing their soldiers, while some believe that the lives of the soldiers are not as valuable to the Nigerian government following the reports that the Islamist sect bought more sophisticated weapons with money they got from Chibok girls ransom. Idris Yusuf Idris, one of those who commented on the story after it was published on the social media, wrote:

“Hhhhhhmmmm pls naij news,point of correction,don’t say boko haram killed another top army commander,instead,just say,army kill another commander,i don’t know wot kind of dirty politics is being played in nigeria.” Political science graduate, Philip Chinedu Onwuegbule, was also livid when he saw the report, claimed that it is only in Nigeria that politics is being played with human lives as he cited the US elections where there was no report of a life being lost even when the person whom many expected to win, lost the polls. 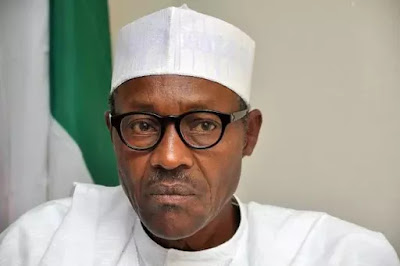 “Is only in Nigeria I discover that they can play politics with human life, look at the election in USA no single life was lost. I thought buhari said he will end bokoharam yet boko is killing them.

Thank God Biafra is here, we are different from them,” he wrote. Junior Chukwuka believes that Nigeria is not worth dying for as he expressed his sympathy for the soldiers who were recently killed by the insurgents.

Abuja-based Alfred Joshua said: “It is all because buhari gave them $150m in exchange for 29 fake chibok girls that they, boko haram, were able to purchase sophisticated weapons. Now they giving the output of buhari’s input.

Let them KILL more… na their father dey throne” while Iyke Henry who lives in Ghana blasted: “A reasonable president doesn’t negotiate with terrorists but this old man swap #3.8 billion naira and 4 boko haram bomb makers in prison with 21 girls so what do you expect, he has reduce no of soldiers fighting boko haram sending them to Niger Delta, buhari doesn’t have sense of reason.” Self employed Oyeleke Oyeniyi Idris affirmed that the federal government has been telling lies to Nigeria about her many victories against the insurgents.

He wrote: “Wot Is D Essence Of D Nuisance Noise Dat Govt Is Making Dat They Ar Winning War Against Boko Haram While D Terrorist Ar Killing Nigeria Army One By One. Dis Govt Is Full Of Lies Like Lie Muhammed.” Alfa Abdullahi, a senior registrar at the Aminu Kano teaching hospital, Kano state, was quite different with his comment as he believes that the Nigerian army should look inward and change tactics so as to be able to win the war against the die-hard terror group. According to him: “This is a very big set back on this war.

There is need to look inward and change tactics.”

Usman was admitted to military hospital, Maimalari Cantonment, about three weeks ago after he was badly wounded in fight against Boko Haram terrorists. The man said his both legs were broken after a vehicle conveying him and 9 fellow soldiers to Monguno in Borno north hit a mine planted by the terrorists. He said: “We need Nigerians to take care of us. Like this my injury, broken legs, they suppose to take me to a specialist hospital or abroad for a good treatment.”

Hushpuppi:FBI kidnapped him, the US had no authority to take him – Lawyer Gal Pissetzky

Canada Govt Donates $750,000 to Nigeria to Fight Gender Based Violence