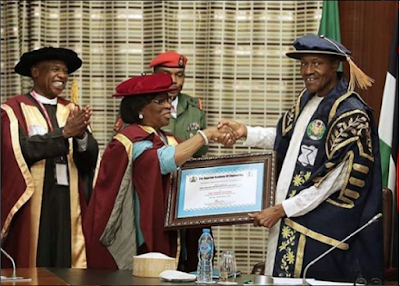 Nigerian Academy of Engineers has decorated President Muhammadu Buhari  as the Grand Patron AS Investiture ceremony held in the State House on November 29th 2016.

President Buhari said his administration will heavily utilize talents and skills of local engineers to rebuild ailing infrastructure across the country, describing the engineers as ‘‘competent and cost effective.’’ this was made during his speech  at the state house Abuja.

He said both military and civilian administrations over the years depended on Nigerian engineers for designs and constructions across the country. ‘‘By insisting that we must be cost effective in building infrastructure, we will utilize Nigerian engineers. I respect them a lot, and I know it takes time to be trained as an engineer,’’

According to the president, that the well-trained and highly experienced engineers had contributed immensely to the infrastructural development of the country, and they remain indispensable.

local engineers contributed more than 90 percent to the design and realization of two refineries, 2,500 pipelines and 20 depots in the country during his tenure as Minister of Petroleum in the mid-1970s, adding that the success of the Petroleum Trust Fund was largely hinged on their skills. ‘‘Somehow, everytime and anywhere I have served in this country, we found it cost effective to use Nigerian engineers, and we relied on their capacity to understudy, learn and deliver. ‘‘It will be wrong to fault Nigerian engineers for the failure of refineries. You should blame the political leadership. How can you build and not know how to maintain an asset,.

The President  said individual political leaders should be blamed for Nigeria’s ailing infrastructure, not the engineers who had always been willing to contribute to national development.

more photos after the cut…. 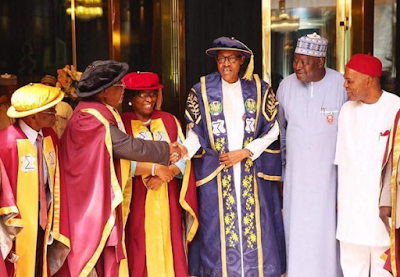 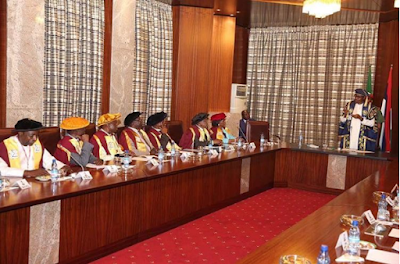 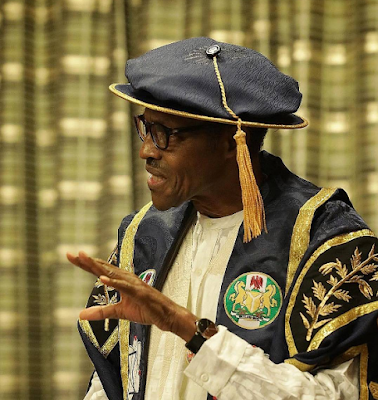 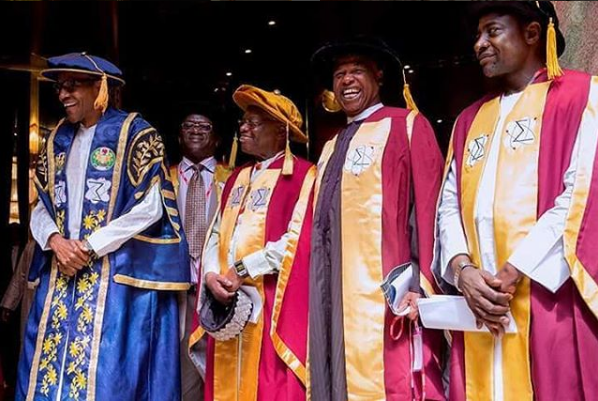