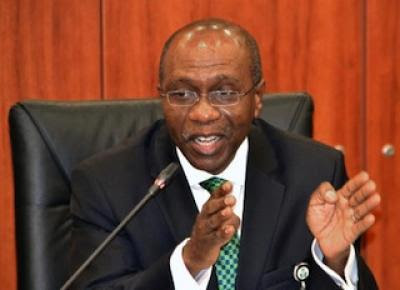 The Central Bank of Nigeria (CBN), Governor  Godwin Emefiele has said that in order to raise additional revenue and get Nigeria’s economy back on track, the government should consider taxing every call above three minutes.

Godwin Emefiele  made this known at the Annual Bankers’ Dinner in Lagos.He said,

There are several ways we can raise additional revenue to finance the increased expenditure that is needed to engender fast and sustainable growth in the economy.

I think we can consider introducing a negligible telecom surcharge to be entirely borne by the initiator of a call. In order to protect the poor and vulnerable amongst us, we could structure it to only take effect after the third minute of talk.

Some analyses have indicated that the government could earn about N100 billion per annum from this alone. Obviously this surcharge will mainly be borne by middle and upper class people since I do not know many poor people who make calls for more than 3 minutes.

He also suggested property taxes. He said the government should “consider introducing minimal property taxes across the country. This not only raises money for the government but also could be a veritable weapon against corruption since it creates a database of who really owns homes in this country”.

“Another option to consider would be to fully implement the 2003 Cabotage Act. This is Act stipulates that all cargoes and passengers in the inland and coastal waters be transported by ships and ferries built, owned, crewed and manned by Nigerians.

Contrary to the requirement of this Act, there are several foreign-owned vessels providing shipping services locally. Out of about 600 ships that operate within our waters, only about 60 of them are owned by Nigerians and are mostly idle, in violation of the Act.

Industry sources suggest Nigeria may be losing as much as N2 trillion annually from this anomaly. In addition to raising revenue, a full implementation of the Act could also spur job creation, capacity building, and significant backward integration,”.