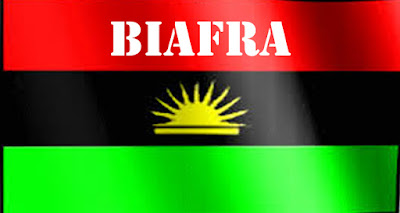 The federal government expressed worry over the protests which sometimes have resulted in violence by the Indigenous People Of Biafra (IPOB) and the Movement for the Actualisation for a Sovereign State Of Biafra (MASSOB).

There is unease within inside the presidency over the escalated agitation for Biafra that has been described as a security risk. The Nation reports that the protests by the Indigenous People Of Biafra (IPOB) and the Movement for the Actualisation for a Sovereign State Of Biafra (MASSOB) has caught the attention of the federal government which has promised to find a solution to the problem.

According to the secretary to the government of the federation David Babachir Lawal who spoke at the opening of the 4th Eminent Persons and Experts Group Meeting in Abuja where he assured that the government was engaging stakeholders to bring peace to the south.

He said the government has asked governors from the south east to initiate activities that would positively engage the Biafra agitators. Lawal also spoke about the problem of kidnapping in the country and noted that it began in the Niger Delta region before spreading to other parts of the country. He assured that security agencies were harnessing their efforts to tackle criminality.

The secretary to the government of the federation noted that stability would bring about development and said security have been tasked to ensure peace in all parts of the country. He noted that the level of success achieved in the fight against Boko Haram was a testament to the government’s commitment to peace and urged Nigerians to support this focus.