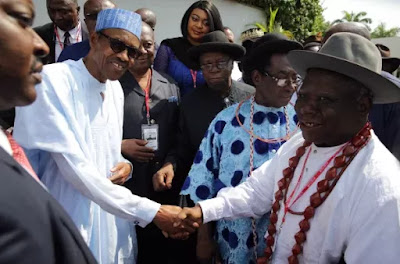 The Nigerian National Petroleum Corporation (NNPC) unveils bids for the contract award and Nigerian companies especially from the Niger Delta region will be awarded contract to lift crude oil in 2017.

This is coming aftermath of President Muhammadu Buhari’s meeting with Niger Delta leaders led by Chief Edwin Clark in Abuja where he was presented with a 16-point request that will put an end to militancy.


According to Daily Trust reports that that the plan to award Niger Delta firms the contracts was a testament to the president’s decision to respond to the region’s demand for oil blocs.

Indigenous oil traders like Sahara Energy, Oando and MRS who are current contract holders are expected to be re-awarded the 2017 oil contract.

There are currently 27 companies holding the 2016 crude lifting contracts including both local and foreign companies with NNPC deciding to award fewer contracts for 2017.