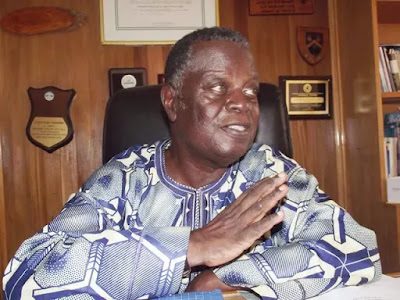 The former Minister of National Planning Rasheed Gbadamosi,, has been reported dead.

Gbadamosi 73,  died in the evening of Wednesday, November 16, at his residence in Ikorodu, Lagos state. As at the time of filing this report, the cause of his death was yet to be disclosed.

Gbadamosi, a businessman, had in April suffered stroke and was flown abroad for medical attention. The deceased, a playwright and economist, served as the Commissioner for Establishment and Economic Development in Lagos state.

Premium Times reports that Gbadamosi was recently appointed co-chairman of the Lagos at 50 planning committee.