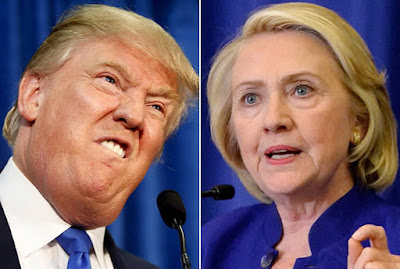 Hillary Clinton’s margin in the popular vote against President-elect Donald Trump has surpassed two million, furthering the record for a candidate who lost in the Electoral College.

Much of that lead was generated by California, where Clinton had 3.7 million more votes than Trump in the last totals reported in the state on Tuesday evening.

The Democratic vote was not distributed well enough across the country, however, Trump carried most of the states and prevailed in the Electoral College.

It is the fifth time the winner of the popular vote has lost the election.

The same thing happened in 2000, when then Democratic nominee Al Gore won the popular vote by nearly 544,000 but lost to former president George W. Bush on electoral votes.

This year, Clinton scored large tallies in states like California but Trump won most of the so-called swing states, which ultimately decide the outcome of elections.

The Electoral College system favours candidates who win by a small margin in lots of states over ones that win by a landslide in just a few.

A group of academics, lawyers and data experts are also trying to persuade the Clinton’s team to join their efforts to investigate the results in three states to check if there was foreign computer hacking that manipulated the outcome.

They are curious on why Clinton performed worse in counties that relied on electronic voting machines compared to paper ballots and optical scanners.

The Green Party’s Presidential Candidate, Jill Stein, is also raising funds to request a recount in Michigan, Wisconsin and Pennsylvania, all won by Trump.

Some Democrats have called for an end to the Electoral College but the U.S. Constitution authorised it and smaller states would likely block its abolition.

Trump, who once called Electoral College a “disaster”, said a popular vote-only system would force candidates to campaign only in bigger states like California, Texas, Florida, and New York.

The White House has announced that President Barrack Obama’s daughter, Malia Obama will attend Harvard University in 2017. Malia who turns 18 on the fourth…

father of the late Michael Jackson,87 year old Joe Jackson, has been hospitalized with ailment . As per TMZ, the father of 11, whose chridren who…

Two Nigerian men Okafor Ifeanyi Anthony and Adibe Paschal were arrested at Phnnom Penh International Airport on Monday, May 9 by the  Cambodian authorities. for smuggling 1.27…

WBA Manny Pacquiao WBO world welterweight champion Manny Pacquiao, 37, who resigned from boxing to join politics has been elected into the Philippines’ senate on…

The White House is as of now on lockdown chasing after a shooting 3pm neighborhood time, so nobody can go in or out. A shooter…

It has been an upsetting 17 months for Sam Obeghe. On the seventeenth of December 2014, he went on a night out with companions in Bolton.…

Award-winning singer John Legend posted an adorable pic of his daughter Luna and his grandmother on Instagram. “Granny came from Ohio to meet Luna” the…