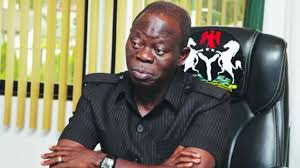 The handover will be taking place today, November 11, Obaseki and his deputy, Philip Shaibu, will be sworn in on Saturday, November 12,  at the Dr. Samuel Ogbemudia Stadium in Benin, the state capital, by the Chief Judge (CJ), Justice Cromwell Idahosa.

According to the nation report,Oshiomhole make the report that is going to handover today 11th November,2016.At the inauguration of the Edo University at Iyamho,

The outgoing governor said God had answered his prayers to finish well and strong.Chief Ovie Onoriode, according to Vanguard said Oshiomhole’s leadership will help the party emerge stronger from its current internal crises.