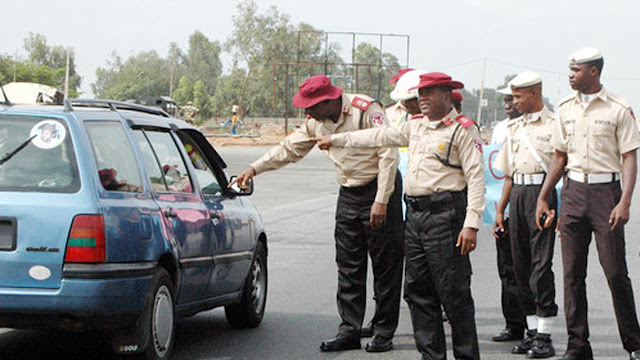 The Federal Road Safety Commission (FRSC) in Akwa Ibom on Sunday said it apprehended 442 motorists in the state for overloading between January and October.
The Sector Commander, Mrs Cecilia Alao, disclosed this in an interview with the News Agency of Nigeria (NAN) in Uyo.

Alao said that the command had zero tolerance to overloading and would not compromise those that indulged in it.
She said the FRSC Establishment Act 2007 Section 10 (4) forbade people from loading their vehicles with goods or passengers above the prescribed limit.
The sector commander said that the fine for violation of the law was N10,000 and warned drivers against overloading, saying it blocked their view to maneuver during emergency and reduced the life span of their vehicles.

“We are saying that when you overload your vehicle, it does not give room for maneuvering in case of emergency.

“It also affects the chassis of the vehicle and its life span. That is why you see some commercial vehicles looking rickety after two years of plying the road,” Alao said.

She said that the command had started sensitisation at motor parks across the state on the dangers of overloading to discourage the habit.

She reminded commercial drivers that the ’ember months ‘ were not dangerous but the rate of road crashes increased during the period because motorists disobeyed safety rules.

She said “in Akwa Ibom State, we are aiming at not recording any road crash throughout the months of festival.


“We are not going to wait until it happens and we are called for rescue. We are appealing to the drivers and passengers to imbibe safety in all its ramifications to stay alive.”

The sector commander also advised commercial drivers to install speed limit devices in their vehicles to avoid over speeding.

`She added that “even as a passenger, you are advised to make sure the vehicle you are boarding is installed with a speed limiting device.”