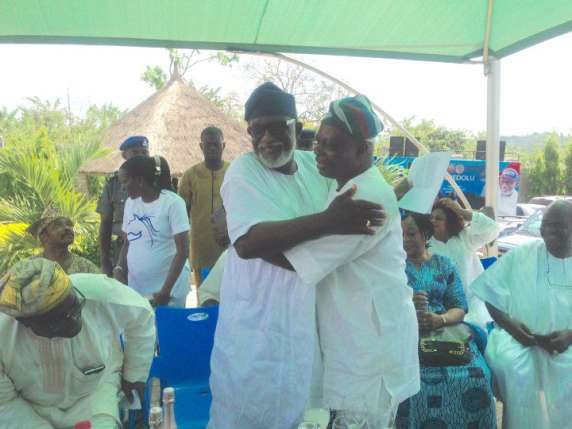 Friends, political associates and family members have been thronging Rotimi Akeredolu’s home in Owo after he emerged victorious at the polls.

Celebration has continued in the Owo home of APC candidate, Rotimi Akeredolu after vote results showed him as the winner of the Ondo governorship election.
Political associates, supporters and friends have been thronging Akeredolu’s home to congratulate him on his victory at the polls.

Earlier in the day, a video of Akeredolu jubilating surfaced online courtesy Punch and he was seen dancing to Korede Bello’s hit song, Godwin.