Former President Olusegun Obasanjo is the Grandfather of corruption – Reps 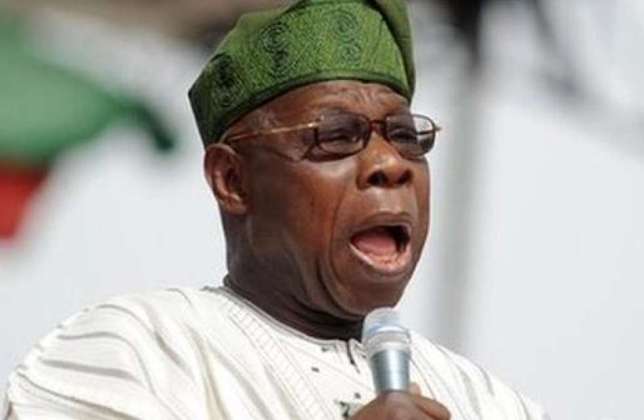 This happened after Former president Olusegun Obasanjo described the National Assembly as a den of corruption.
Obasanjo also said that allegations of budget padding raised by ex-appropriation chairman, Abdulmumin Jibrin should be investigated.
The House of Representatives has however reacted to Obasanjo’s allegations.

The House also told Obasanjo at a press conference presided over by its spokesman, Abdulrazak Namdaz on Thursday, November 24, 2016, that..

1. Chief Olusegun Obasanjo is understandably angry with the National Assembly as an institution having foiled his ambition for a third-term in office even after trying to corrupt the members with a bribe of at least N50 million each.
2. Former president Olusegun Obasanjo introduced corruption into the National Assembly.
3. Obasanjo birthed the 4th Republic National Assembly with corrupt practices from day one; indeed the first day of the Republic.
4. Obasanjo bribed both PDP, ANPP and AD legislators on their inauguration in 1999 to vote against the majority candidate of PDP, Dr Chuba Okadigbo. That was how Senator Evan Enwerem became Senate President.
5. Obasanjo bribed some members of the House of Representatives to impeach Speaker Ghali N’abba.
6. Chief Olusegun Obasanjo used his position as President to extort money from businessmen and contractors with his government to build his presidential library.
7. The list of his corrupt acts while in office is endless. Unquestionably, he is the greatest corrupt person ever to hold office in Nigeria.
ALSO READ: Obasanjo: ‘Stop blaming past govts, fix Nigeria,’ Ex-President tells Buhari
8. Obasanjo remains the grandfather of corruption in Nigeria and lacks the moral authority to discuss corruption or indeed abuse of office in Nigeria as he remains the most corrupt Nigerian on record.
9. Obasanjo has a history of bringing down governments. He did it to Alhaji Shehu Shagari, he did it to Gen. Buhari, he did same to General Ibrahim Babangida, he attempted to bring down General Sani Abacha before he imprisoned him for treason; he made frantic efforts to derail the government of President Umar Ya’ardua when he could not use him. He supported President Goodluck Jonathan but when he refused to take dictation, he turned against him. He supported President Muhammadu Buhari, but since he has sensed that Nigeria is having economic difficulties under him, he has pounced to derail his government.
10. Chief Obasanjo talks like he is a lifetime opposition leader who has never held any office.
11.  His stock in trade is blackmail, subversion and treachery.