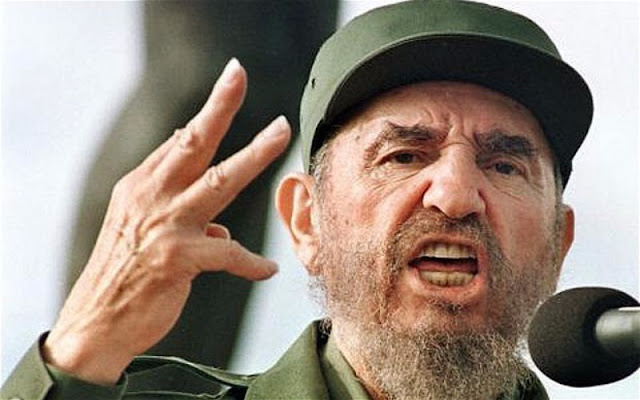 Fidel Castro, the Cuban revolutionary leader who built a communist state on the doorstep of the United States and for five decades defied US efforts to topple him, died on Friday. He was 90.

Nicolás Maduro, president of Venezuela, led the tributes from world leaders after the announcement, which was greeted with shock in Havana and celebrations among expats in Miami.

“The commander in chief of the Cuban revolution died at 22:29 hours this evening,” his brother, President Raul Castro, his brother, announced with a shaking voice on national television.
He ended the announcement by shouting the revolutionary slogan:  “Hasta La Victoria Siempre!” (Towards victory, always!)
Castro had been in poor health since an intestinal ailment nearly killed him in 2006.

His brother said the revolutionary leader’s remains would be cremated early on Saturday, “in compliance with his expressed will.”

The bearded Fidel Castro took power in a 1959 revolution and ruled Cuba for 49 years with a mix of charisma and iron will, creating a one-party state and becoming a central figure in the Cold War.

Russian President Vladimir Putin praised Fidel Castro as the “symbol of an era,” the Kremlin said in a statement Saturday.

The name of this distinguished statesman is rightly considered the symbol of an era in modern world history,” Putin said in a telegram to Cuban President Raul Castro cited by the Kremlin.

“Fidel Castro was a sincere and reliable friend of Russia.”