Obioha was found in possession of more than 2.6 kilograms of cannabis, surpassing the statutory amount of 500 grams that under Singapore law triggers the automatic presumption of trafficking in 2007.

Obioha, a graduate of industrial chemistry from the University of Benin in Nigeria, was also found to possess keys to a room containing additional prohibited substances and this led the authorities to presume him guilty of possession and knowledge of the drugs. In August 2010,

Obioha’s appeal against his conviction and sentence was rejected, but maintaining his innocence of the crime, he initially refused to make use of his right to re-sentencing which amendments to Singapore’s mandatory’s death penalty laws made in 2013 allowed for.

The organisation reminded the authorities that drug-related offences do not meet the threshold of the ‘most serious crimes’ to which the use of the death penalty must be restricted under international law, and that the imposition of the death penalty as a mandatory punishment is also prohibited. 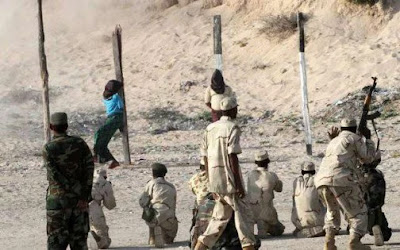 “After the rejection of his clemency appeal in April 2015, his execution was set for May 15, 2015. It was stayed a day earlier to allow him apply for resentencing. “His family were only informed on October 25, 2016 that he had resolved to withdraw his application for resentencing earlier in the year, following legal advice that he would not qualify as “courier” under the amended laws.

Appeal lifted the stay of execution with effect from October 24, resulting in the execution date to be set for November 18 READ ALSO: 98 drug suspects nabbed by NDLEA in Ebonyi state “Chijioke Stephen Obioha graduated in Industrial Chemistry from Benin University in Nigeria.

He moved to Singapore in 2005, seeking to join a football club. His family members, who currently live in Nigeria and the United Kingdom, have been unable to travel to visit and had limited ability to assist him. “Throughout the duration of the proceedings, they have received sporadic and often delayed updates, including when a legal representative was removed from the case,” Amnesty International stated.