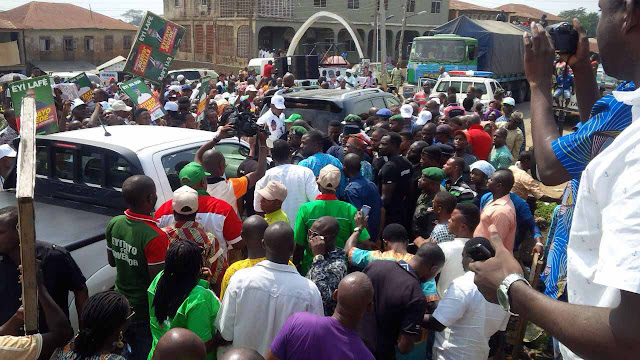 Jegede, who arrived at his Gbogi/Isikan, Ward 2, Unit 009 to vote, yesterday, around 9:27am, lamented that the Smart Card Readers (SCRs) were not working in some places, thus depriving his supporters the exercise of their civic rights.

He alleged that plans were ongoing to disenfranchise his supporters from voting, but urged them not to leave their units after casting their votes.

He said: “Some voters have been on the queue for three hours in different parts of the state and they have not been able to vote. INEC should not disenfranchise our voters.”

After casting his votes, around 10:46am, Jegede and his wife sat at the unit, acknowledging cheers from the voters and watching.

The PDP candidate, however, said the commission assured him that the technical logjam that caused the delay in the use of SCRs would be resolved by its personnel.

On financial inducement by opposition parties, he noted that the PDP had instructed its agents and supporters to report such electoral offence to the appropriate authorities.