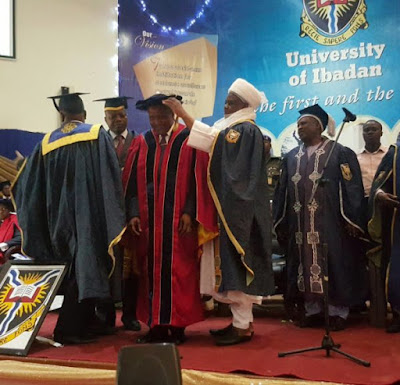 The President of Dangote Group, Aliko Dangote has bagged a honorary degree from the University of Ibadan, Nigeria.

The industrialist was conferred with the Honorary Degree of Doctor of Science at the 68th Foundation Day ceremony of the University.

This is 100th honorary degree presented by the university in its 68-year history.

The Doctor of Science degree is seen as a higher doctorate degree and is awarded in recognition of a substantial and sustained contribution to scientific knowledge beyond that required for a Ph.D. It may also be awarded as an honorary degree