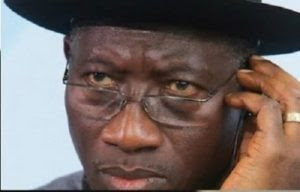 Baring any last minute change of mind, the candidate of the Peoples Democratic Party, PDP, in the just concluded governorship election in Ondo State, Eyitayo Jegede, SAN, may show the spirit of sportsmanship and extend a congratulatory hand to the winner, Rotimi Akeredolu of the APC.

Rotimi Akeredolu of the All Progressives Congress, APC, was declared winner of the keenly contested election after polling 244, 842 votes to beat his closest challenger, Jegede of the Peoples Democratic Party, who polled 150, 380 votes.

Sources within the party hinted DailyPost that former president, Goodluck Jonathan was among the first callers of the PDP candidate, Jegede when the result was announced.

According to the source, Jonathan asked him to concede defeat in the best interest of the people, having fought hard thus far.

“Dr. Goodluck (Jonathan) was among the first persons that called him (Jegede) even before the result was announced. He pointedly told him to be a ‘gentleman’ and congratulate anybody who would eventually emerge winner.

“When the result was announced, he (Jonathan) called again and reminded him (Jegede) not to forget their earlier discussion,” the source said.

“Jegede is willing to accept defeat but some top party members in the state are still considering challenging the result in court”, source said.