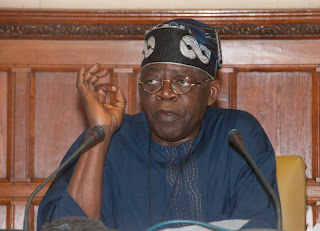 There is looming mass defection in the All Progressives Congress (APC) as members of the party in the south-west who are loyal to Bola Tinubu are reportedly holding high-profile meeting to fine-tune strategies for the emergence of an alternative political platform to fight for power come 2019.

Those involved in this political push include governors and lawmakers, especially senators from the south-west, who are said to have intensified consultations to ensure that they are not used and dumped in the next dispensation. Confirming this development, Senator Adesoji Akanbi, representing Oyo south, told the Punch on Thursday, November 10, that Nigerians would soon see the outcome of the new political alliances and realignments. Akanbi disclosed that some of those, who were part of the formation of the APC, and who had become uncomfortable with the turnout of events after the party attained power, might be considering their options.


“You know that ambition can drive people and a lot of people, when it comes to amalgamation like that of the APC, some people may feel cheated and may not be happy with the outcome of the whole thing. It is normal,” he said. “There is no way you can form a new party in a room.

Nigerians should not be too eager to see the outcome of such (secret and closed-door) meetings because they are still coming out to the public to canvass for support. Let us all wait and see. Personally, someone like me is a committed member of the APC and I still have my leader. “Politics is about the grass roots. You have to know what your people want before you can decide on what to do. I am from the South-West and we have a way of doing our thing. We still have a leader,” the lawmaker added.

Though he stopped short at mentioning names, Akanbi insisted that the people of the south-west had their way of responding to political challenges when they occurred. He noted that the decision of the leader, most often than not, was in line with the popular wish of the people of the geo-political zone. Akanbi said: “I have not mentioned any name but whatever it is, it is going to be a collective decision. Personally, I am an advocate of regional integration. When I say regional, I am particular about the South-West, where I come from.”

Also confirming the discord in the party, the party’s national vice-chairman (South-South), Hilliard Eta, told the Punch on the telephone that the party was fully aware of secret moves by some individuals, whom he did not name, to cause disaffection within the party.

“If they want to form a new party, good luck to them; we will meet in the field in 2019. But for those of us, who were in the trenches to ensure that the APC was born, will remain in it to build and strengthen it to give Nigerians the purposeful leadership they deserve,” Eta said. Meanwhile, the national chairman of the All Progressives Congress (APC), Chief John Odigie-Oyegun has said that the ruling party will defeat the Peoples Democratic Party (PDP) in the coming November 26 governorship election in Ondo state.

Oyegun during the governorship campaign of the APC on Thursday, November 10, at the Democracy Park in Akure said Ondo state was very important to the federal government, adding that this was the reason why the APC must take over the state from the PDP in 2017. The national chairman said that the candidate of the APC for the forthcoming poll,  Rotimi Akeredolu (SAN), was valuable to the national leadership of the party.