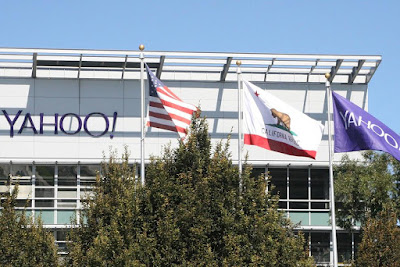 Yahoo has been accused of secretly scanning hundreds of millions of incoming emails of US intelligence or law enforcement, reports say. The internet company conducted a surveillance last year after receiving a classified demand from the National Security Agency or the FBI, according to Reuters.Three former Yahoo employees and another unidentified person told the news agency that the US government pushed Yahoo to search for a string of letters, numbers or other characters.
That meant the fishing expedition could have involved finding a specific phrase or code in the text of an email or an attachment. Yahoo built a special software programme to comply with the government’s request.Yahoo did not deny the report in a statement that described itself as a company “that complies with the laws of the United States”.The Department of Justice and the FBI did not immediately respond to requests for comment. Edward Snowden, the whistleblower who revealed the NSA’s program for spying on US citizens, tweeted that Yahoo users should close their accounts in the wake of the revelations. Meanwhile, Google said it had not received a similar spying request from the request from the US government. If it had, Google said, its response would be “No way”.Microsoft, whose email service is larger than Yahoo’s, said it had “never engaged in the secret scanning of email traffic”. Facebook said it would “fight” such a request should it ever receive one and civil libertarians also condemned the reported Yahoo action.Patrick Toomey, a staff lawyer with the American Civil Liberties Union, called Yahoo’s alleged acquiescence to the government order “deeply disturbing”, adding that the order itself appeared to be “unprecedented and unconstitutional”.The report is likely to test the bounds of Yahoo users’ already-stressed loyalty. Late last month Yahoo disclosed that hackers had broken into at least 500 million user accounts to steal email addresses, birthdates, phone numbers and passwords.Source: CNN