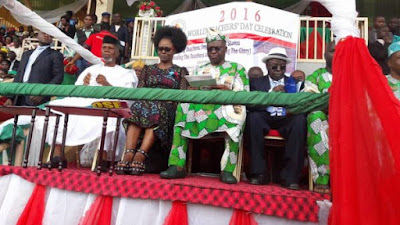 The Governor announced the donation at a rally held at the Oluyemi Kayode stadium in Ado-Ekiti as part of activities to commemorate the World Teachers’ Day in the state.

He explained that the donation was in recognition of the current feat by the state which had been adjudged first in the just released NECO results.

He ordered that the money be shared equally among all the teachers, irrespective of grade and status.

He also directed that the state Accountant General must make the share of the money available in each respective teacher’s personal account on or before Friday this week.

Fayose said the gesture was aimed at spurring the teachers for greater achievements in the years ahead.  and spur them for better performance. 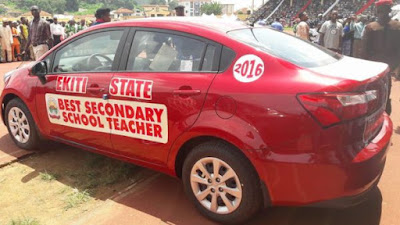 The governor urged all the  teachers to further  ensure that their students performed well in both NECO and WAEC in subsequent years by keeping the flag flying.

Aside the cash gift, two teachers, adjudged to be the best in the state in the out-going year at both secondary and primary schools, were given brand new KIA RIO cars each. 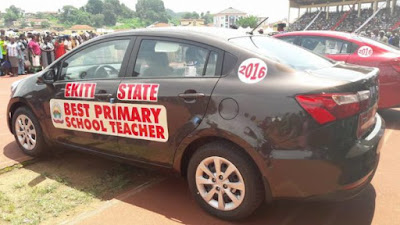 “I am doing all of these because Ekiti’s name has been brought under world focus once again, and it is my wish that our current academic feat be repeated over and over again, afterall, to whom much is given, much is expected,” he said.

Earlier, Afe Babalola (SAN) emphasised the inportance of quality education as  a pre-requisite for the progress and development of any nation.

In his contribution, a former governor of old Ondo state, Ambassador Bamidele Olumilua commended the strides so far recorded in the education sector under Fayose, urging him to maintain the tempo. 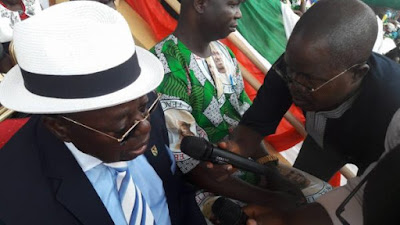 Also in his remarks, the Chairman of the Nigeria Union of Teachers (NUT), Kayode Akosile advised  the government to pay adequate attention to the welfare of teachers as an incentive for greater feat 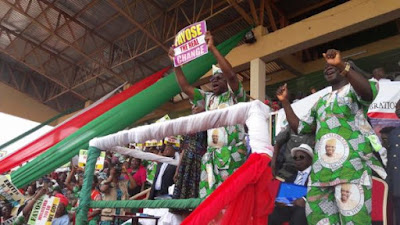