The woman who accused Micheal Jackson in 1986 began abusing her  when she and her mother visited his Hayvenhurst mansion as tourists when she was 12 has come forward to claim she was abused by the singer when she was just 12 years old – and then paid $900,000 to keep quiet.

The woman, who has filed the lawsuit as a ‘Jane Doe’, has revealed a collection of creepy notes she claims the singer sent her after he ‘sexually abused’ her.

In the correspondence, written in scrawling, childlike handwriting, Jackson allegedly tells her that he loves her and is ‘crazy’ about her. Each one is signed off as either Michael or ‘MJ.’ 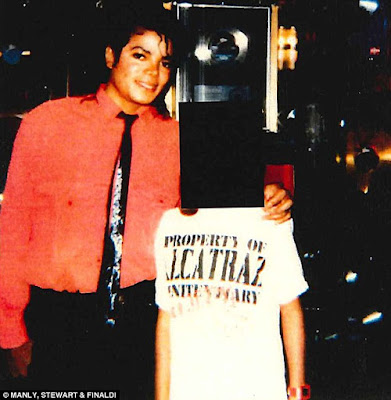 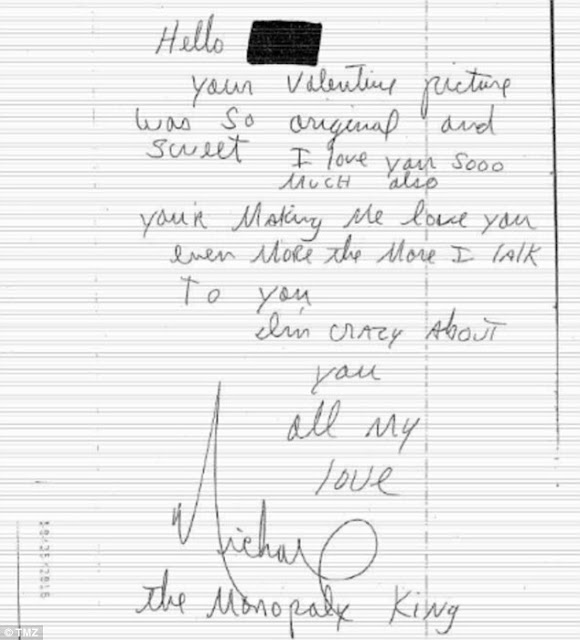 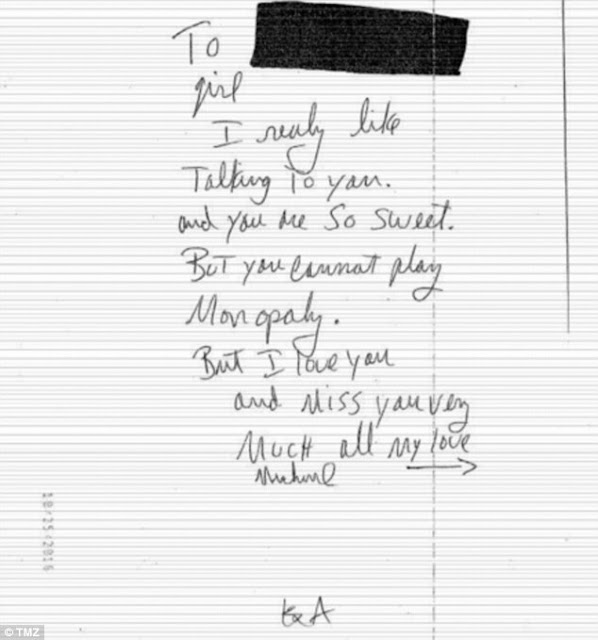 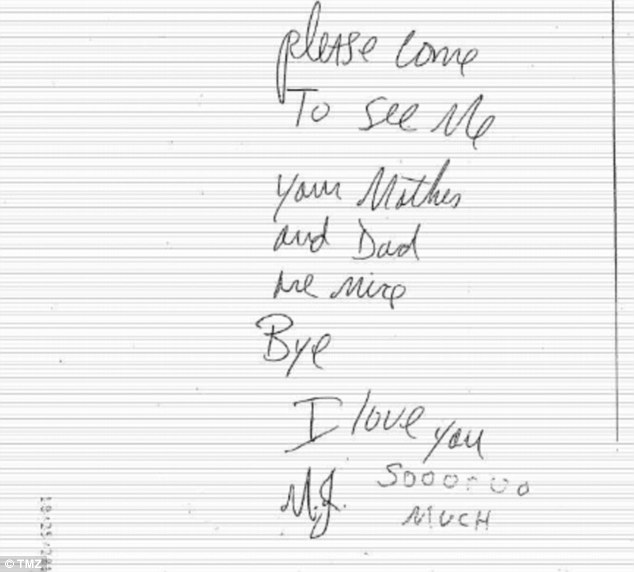 According to report, the woman wrote

‘Your Valentine’s picture was so original and sweet,’ one note to the young girl reads. ‘I love you sooo much also you’re making me love you even more, the more I talk to you. I’m crazy about you. All my love Michael, the Monopoly King.’ 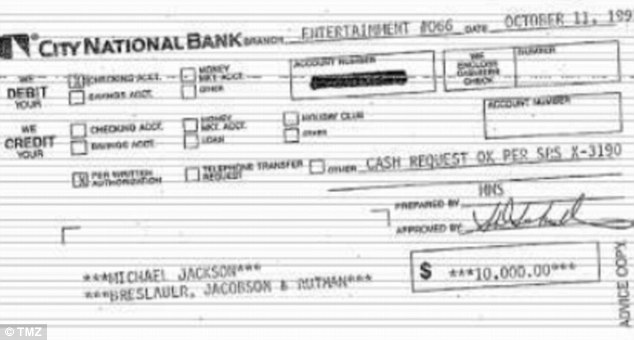 In other hand, Jackson allegedly wrote how much he ‘real liked’ talking to the girl, adding that she ‘cannot play Monopoly’.
‘But I love you and miss you every much. All my love, Michael.’
A final pleading note begs the alleged victim to come and visit him.
‘Please come and see. Your mother and dad are nice. Bye. I love you soooooo much. M.J’

She has also revealed a number of checks she claims the Billy Jean singer sent her as hush money. The alleged victim says the abuse continued until she was 15, when she says Jackson began sending her hush money.

Today she is suing for unspecified damages for emotional distress, negligence and more. Her lawyers say the checks are proof she was paid to keep quiet.

The woman, who is the first female to accuse Jackson of sexual assault, was described as being a tomboy when she met him in 1986.

The alleged victim, now in her 40s, claims Jackson began abusing her in 1986 when she and her mother visited his Hayvenhurst mansion as tourists.