Two unidentified men died after trench in Boston flooded when pipe burst, The men became trapped in the 15-foot hole as street flooded in second the Emergency responders arrived in minutes but it was already too late,it Took hours for two bodies to be recovered from Dartmouth Street trench.

The Workers frantically called for help, saying two men were down in the trench and had become trapped as water filled the approximately 15-foot deep hole.

The agony of one man attempting to rescue his fellow construction workers was caught as the muddied water rushed down the road.

Firefighters arrived just moments after the line burst, but it was already too late to save the men. 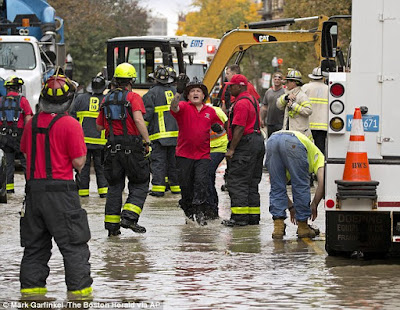 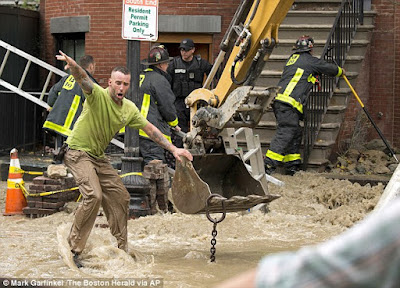 ACCORDING TO  the Boston Globe REPORT,It wasn’t until late into Friday night that emergency personnel, working on their hands and knees, were able to remove the bodies from the trench.

As they did so local and federal authorities launched an investigation to determine why the line didn’t hold.

Boston Police Commissioner William B. Evans told the Globe the pipe bursting was an accident.

‘It looks like somehow a pipe must have broke, and unfortunately they weren’t able to get themselves out of the hole,’ Evans told the paper. 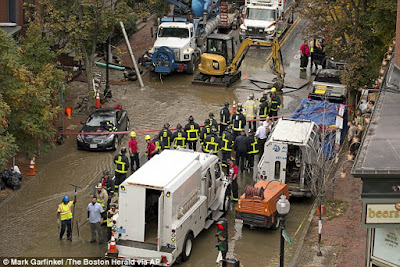 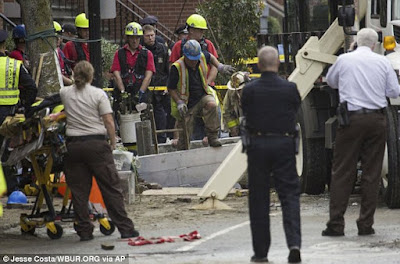 Atlantic Drain Service Co. was the company working on the private construction project at the time. A resident called the company to conduct underground work.

The company has a history of ‘serious safety violations’, the Globe reported. If you are not sure of you safety read the article “How Fire Barriers Play a Crucial Role in Preserving the Environment” and learn appropriate safety measure to prevent any future accidents. One of the men who died had a large family and had recently adopted two of his grandchildren, a source said.