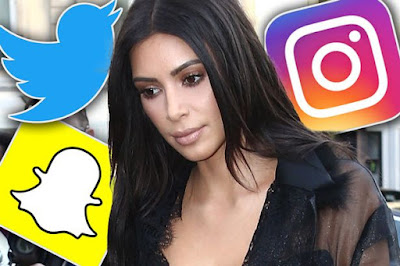 The American reality television personality K.Kim,could lose at least $1 million a month if she stay off from the public eye and social  Media

According to a celebrity financial adviser,Samuel Rad  explained to  People magazine,that every single social media post was worth around $20,000 to Kim’s brand – and that’s before the cost of sponsored posts.
But, he explained, if handled correctly, Kim could have a big pay date in the not so distant future. He said

The socialite, businesswoman and model:
overall brand is generating at least $1 million a month just through general posts, not including anything that’s specifically being contracted with companies,” ‘I think what’s going to happen is the first post she’s going to put up… it’s going to get so many more followers and hits.
I think that it might actually end up helping her. Especially if Kim positions [her return to social media] correctly … I think it could be a really big moneymaker for her brand.”