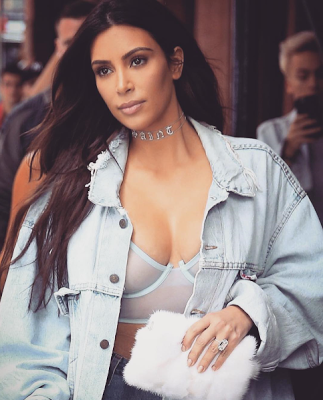 The Television Personality Kim Kardashian has sue Media TakeOut for spearheading false story that she was not robbed at gunpoint in Paris.

Kardashian  who has been silent since she was robbed at gunpoint in Paris is tired of the media and everyone else saying she lied about the incident.

According to TMZ, Kim filed a suit against the website Tuesday because of three posts that claimed she staged the robbery. Media TakeOut stated various conspiracy theorists on social media as evidence, one post alleged that the robbery was a setup.

Another post stated that Kim actually let the robbers in herself.

Kim’s legal team apparently tried to get the site to remove the posts; but they didn’t and now she is taking them to court.
Now, that she has filed a lawsuit against them, the posts have been removed.

Other media post discussed the insurance claim, saying that “If she faked the robbery … she just committed a FEDERAL CRIME.”