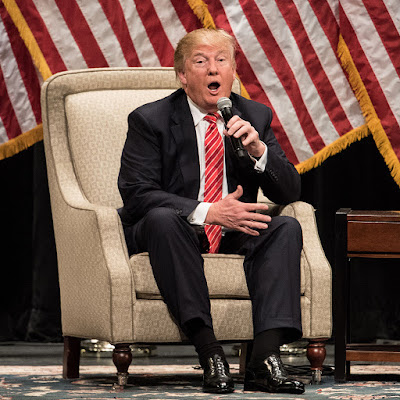 According to  New York Times in Washington, The information is contained in a leaked tax document obtained on Sunday.

Trump tax forms had been a major issue in the campaign because unlike other modern-day nominees for the White House, he had refused to make them public.

The New York Times stated that Trump claimed he could not release them because he was being audited by the U.S. tax authority, in spite of the fact that there was no law or precedent to preclude their release.

The New York Times reported that it had received Trump’s 1995 income tax returns, in which he declared a $916 million loss due to failed business ventures.

The paper disclosed that the “Tax experts it hired concluded that rules especially advantageous to wealthy filers would have allowed Trump to use his $916 million loss to cancel out an equivalent amount of taxable income over an 18-year period.”

Trump’s critics have accused him of hiding something in his tax returns that could be damaging to his presidential bid.

At their first debate last week Democratic nominee Hillary Clinton speculated he was not releasing them because they could reveal “he’s not as rich” or “charitable as he claims.”

Clinton said they might show “he’s paid nothing in federal taxes,” to which Trump interjected “That would make me smart.”

Meanwhile, a Trump campaign statement said the Times had “illegally obtained” the document, but it did not dispute the report.