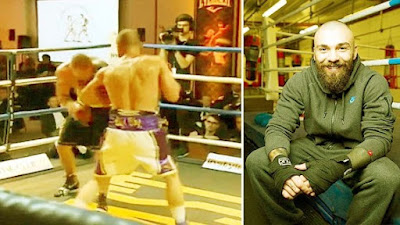 Mike Towell who was left with severe injuries after being knocked out in the fifth round on Thursday night by Dale Evans has passed away. He was taken from the ring on a stretcher and transported to the Queen Elizabeth University Hospital where he had been fighting for his life. His management said he passed away yesterday with his family at his bedside. He’s a survived by a child.

The boxer had been undefeated going into the fight, with 11 previous wins and one draw on his professional record.

Members of the boxing community have been paying their respects to a man they fondly referred to as ‘Iron Mike’.

His partner, Chloe Ross took to her Facebook page to say she was “absolutely heartbroken” to announce that he passed away peacefully shortly after 11pm on Friday evening, 12 hours after he was taken off life support. She wrote: 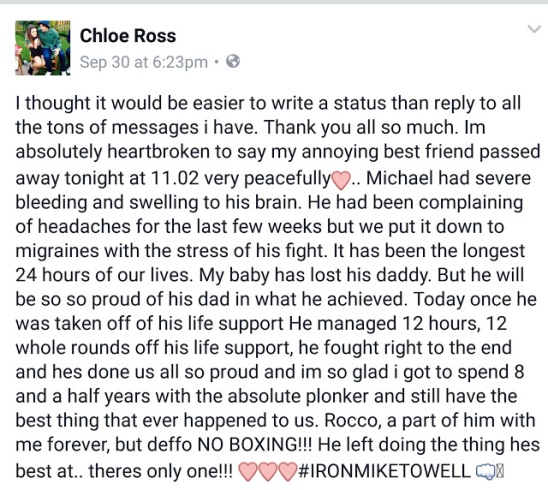 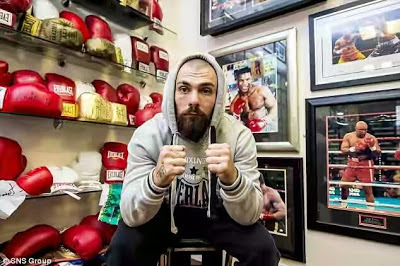