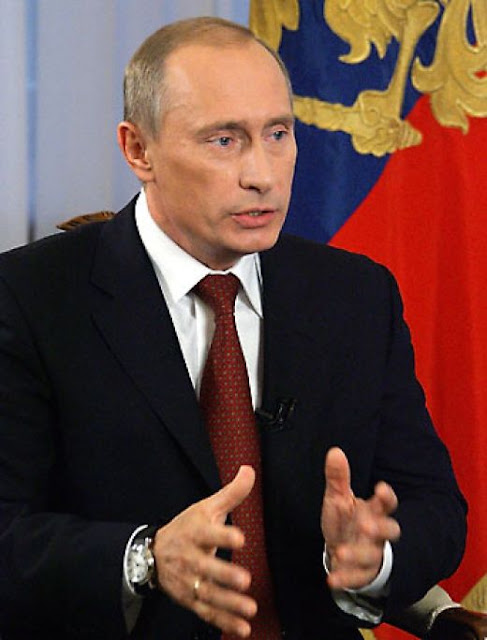 Vladmir Putin, Russia’s president and 2016 most powerful man in the world according to Forbes has ordered the children and relatives of all it’s officials to return home amidst rising tensions between Russia and the West and the possibility of an all out World War sooner rather than later according to Kremlin sources and Daily Star UK.
Putin’s call for Russians to come home comes after Russia recently held defence drills for 40 million citizens, Puttin also cancelled a state visit to France after France President Hollande accused him of committing war crimes in Syria, and now he thinks that America might rally it’s ‘friends’ against his country so he wants to be more than ready for that.
This order also comes after Russia shipped nuclear-capable ballistic missiles (Iskander-M missle system) into it’s central European border between Poland and Lithuania.
Russian political analyst Stanislav Belkovsky said:

“This is all part of the package of measures to prepare elites to some ‘big war’. And earlier this month, Putin’s ministers announced they had built bunkers capable of housing Moscow’s 14 million people.”

According to Daily Star UK, Russian government officials’ kids schooling abroad have been ordered to return to their motherland or will find it hard getting jobs in the future and the top level order applies to administration staff, regional administrators, lawmakers of all levels and employees of public corporations.
British Foreign Secretary Boris Johnson this week called on protesters to demonstrate outside the Russian embassy in the U.K over the country’s brutal bombing of people in Aleppo, Syria.
Relations between Russia and the US are at their lowest since the Cold War and have become worse in recent days after U.S pulled the plug on Syria talks and accused Russia of not keeping to their own part of the cease-fire deal. Ultra-nationalist Vladimir Zhirinovsky has even waded into the US Presidential election, claiming that Donald Trump is the only candidate who can stop a nuclear war from happening after the U.S accused Russia of hacking into political party emails so as to influence the U.S presidential election.
Advertisements
foreign news